Three new professors have joined the department of Media, Film & Journalism Studies this quarter. We are so excited to have them on the MFJS team. Learn more about each of them and their different areas of experience and expertise below. 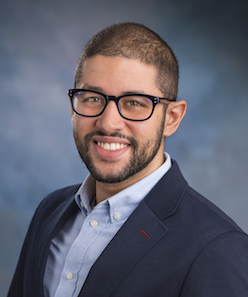 Assistant Professor Kareem El Damanhoury lived in Egypt during the 2011 Arab Spring uprisings that eventually toppled the Hosni Mubarak regime and sent shockwaves throughout the world. His then newly earned undergraduate degree in media afforded him a unique perspective on the protests in Egypt at the time, he said. As he compared the reality of what was happening on the ground with what media reports were showing about the uprisings, El Damanhoury became more conscious of the camera's power in news framing and more concerned about media bias.

With this newfound interest in the intersection of media and conflict, El Damanhoury went to work as a journalist for several networks across Egypt and Jordan. He then moved to the U.S. to pursue his PhD at Georgia State University in Atlanta with the goal of one day working for CNN. "I was adamant that the first time I would go into the CNN building would be for a job, and that happened in January of 2017," he said. El Damanhoury worked at CNN as a content producer until July of 2019 and plans to continue his association with CNN while working as an assistant professor at the University of Denver.

El Damanhoury has published several scholarly works on television production and on journalistic uses of imagery in extremist contexts. He is currently finalizing a book titled "Photographic Warfare" that looks at the visual contestation between ISIS in Sinai and the Egyptian military. The book answers if and how framing of content disseminated by both ISIS and the Egyptian military shapes the visual responses these groups generate. He is writing another book with one of his colleagues from Georgia State that looks at the ways that violent militant groups are developing alternative and more sophisticated media systems that he terms "proto-state media systems." El Damanhoury has received several national and international fellowships in recognition of his work, and has served on a grant-funded four-person team conducting a visual analysis of the magazines, music and videos used to recruit people into extremist groups.

When asked what excites him most about being a part of MFJS, he responded, "I feel very fortunate to be here. Students are very curious, which is great. They want to learn." He is already looking at ways to strengthen partnerships between MFJS and local media outlets, aiming to support students who want to put their education into practice in the same way he did during his PhD program. "I am very interested in creating and fostering relationships with the public media," he noted. "Local media outlets are struggling, and students are looking for jobs, so these kinds of partnerships make for a win-win situation." El Damanhoury will be teaching Politics of Media in winter quarter and a seminar on media and terrorism in the spring. 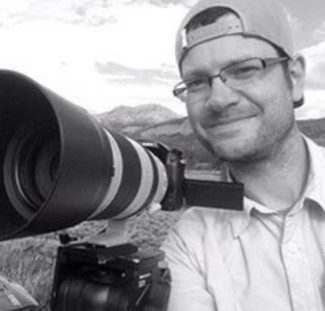 Although the Department of Media, Film & Journalism Studies does not often hire its graduates, Brown's expertise and success both as an educator and as an environmental documentarian make him an exceptionally good fit. When he applied to come back to DU, Brown noted, he pitched incorporating environmental documentary into the film major's curriculum and also emphasized his interest in and deep experience with student collaborations. Brown has served as producer, director or writer for 18 film projects, several of which have won awards and have been screened on PBS affiliates and at film festivals.

Brown is currently wrapping up a five-year-long documentary project titled "Operation Wolf Patrol." He has produced short environmental documentaries in the past, but this is one of his first long-format features, and he is glad that he will be able to share it soon. In the film, he works with Native American environmental activist Rod Coronado, who has been incarcerated for his activism and is labeled an eco-terrorist by the FBI. Brown and Coronado filmed in Wisconsin where hunters are killing wolves, and, since wrapping, both have have been involved in a lawsuit regarding the legality of filming hunters on public lands. The lawsuit is still waiting to be seen by a federal judge in Wisconsin.

In addition to teaching and completing his film, Brown serves as vice president of the University Film and Video Association. He also plans to become involved once again in the Colorado Environmental Film Festival, where he once served as director and still serves on the board. Brown aims to forge a closer relationship between students and environmental documentary-making, whether that be through a club, a course he teaches, or even through fundraising to start an environmental documentary center or institute. 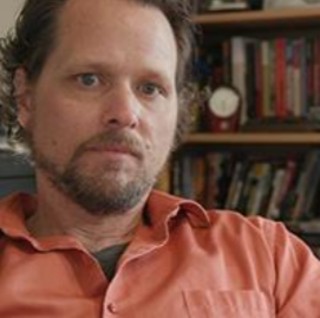 Visiting Teaching Assistant Professor Curtis Coats, who grew up in Arkansas, comes to the University of Denver after serving as a tenured associate professor at Millsaps College in Mississippi and then as an instructor at Seattle University. He brings a strong background in liberal arts and professional education to his work in the department. He earned his PhD at the University of Colorado at Boulder in 2008, and he and his partner were pleased to return to Denver when Coats began work as an adjunct professor for DU's University College and his partner started a position at the University of Colorado Anshutz Medical Campus. According to Coats, it had always been on his bucket list to teach at DU, so when the position at MFJS opened he was eager to apply and thrilled to be hired.

After a successful career as a researcher publishing on masculinity, tourism, and media and world religions, Coats decided to explore visual storytelling. Whenever he does research now, he asks himself: "can I tell a visual story through this?" In addition to work in journalistic and biographical storytelling, Coats served as writer and director of a dystopian narrative short, "Nightshift Screensavers," in which people are compelled to stare at their phones to power them. His three-minute short premiered at Flatland Film Festival.

Coats loves to teach. In his classes, he creates assignments that prioritize visual storytelling through photo essays and film. Coats will be with MFJS for one year as a visiting teaching assistant professor. He will teach eight classes throughout the year, including courses in media and film studies and advanced seminars.