Finding Truth and Meaning Through Images 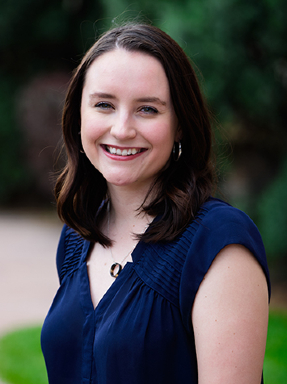 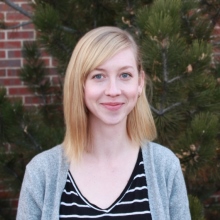 Whitney Peterson is passionate about bringing to light stories that were once silent. The graduate student in the department of anthropology is using donated photo albums from former sites of World War II Japanese American internment to understand, illuminate, and empower the community.

Originally from the Twin Cities in Minnesota, Peterson recalls reading the bookFarewell to Manzanar in middle school, a story about a young Japanese American girl who was confined by the government during World War II.

"I recall being shocked, not necessarily by the racist actions of the U.S. government, but by the fact that I had never heard of it before," said Peterson. This book sparked the beginning of her exploration into the meaning of citizenship in terms of power and belonging.

Peterson went on to graduate from DePaul University with a BA in anthropology. A decade after reading Farewell to Manzanar, she began working at the Manzanar National Historic Site, a former site of confinement. By working extensively with their historic photo collection, Peterson became deeply passionate about researching the injustices of incarcerated Japanese Americans during World War II.

"I was immediately drawn in by the complexities of how these images came to be and how they are negotiated today in documenting and narrating this history," said Peterson. "Most of the historic photos that are accessible to the public were taken by professional or government photographers, so I was particularly interested in how Japanese Americans visually documented their lives in the camps and what position these more personal images have in the public space of a museum."

Through the leadership of Dr. Bonnie Clark, DU has offered Peterson the opportunity to continue her research regarding the role of images in World War II Japanese American internment, and history in general. Since 2005, Clark and the DU anthropology community have been involved in Amache near Granada, Colorado, one of ten camps where the U.S. government incarcerated Japanese Americans during World War II.

"By making certain relationships visible through their preservation, donation, and display, the images present new possibilities for building narratives and relationships in the future," Peterson said.

Through her research, Peterson hopes to combine what the images visually show and how they can be used to better understand the cultural aspects of Japanese American World War II incarceration. "Images and photography can be very powerful, and I think it is important to gain a better understanding of how Japanese Americans have chosen to visually represent and tell their own stories," she said.

"My research of the active social lives of photo albums highlights the humanity and individuality of Japanese Americans that 75 years ago the U.S. government actively denied," she added. By using this anthropological perspective, Peterson is providing an opportunity for community voices to be heard.

"I find this particularly pertinent as much of today's political rhetoric regarding minority populations echoes problematic historical justifications for Japanese American incarceration."

Peterson's research has started a conversation on how marginalized communities have chosen to represent themselves throughout history. By illuminating the injustice of Japanese American incarceration during World War II, she reveals how cultural artifacts can be used in past and present contexts. Her continued research provides an exciting step not only for anthropological endeavors, but for the future of social justice.