Gun Control, Gun Rights, and the Media in the Middle 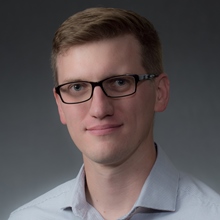 With every mass shooting in the U.S., the gun control debate takes center stage. Gun control groups talk about the type of violence—from school shootings to urban crime—while gun rights organizations focus on guns as self-protection and a constitutional right. Do the media portray both sides of the debate fairly? Not always, says Trent Steidley, assistant professor of sociology.

"Generally speaking, the news media has framed the gun control debate as a conflict between two equally matched opponents. However, gun rights advocates have been winning many of the major legislative battles over the past 20 years, so that portrayal isn't all that accurate," said Steidley, who studies U.S. social movements, politics, and policy regarding firearms.

Steidley has found that gun rights advocates often are mistrustful of news media, believing there is a progressive/gun control slant to their coverage; and research suggests this is sometimes true.

"News reporters sometimes indicate to researchers that they don't personally agree with gun rights arguments all the time and sometimes do not have the patience or desire to see issues from that point of view," Steidley said. His own research suggests that some news outlets are more sensitive to the messages and frames that gun control organizations use and may present messages from those groups more often than competing narratives from gun rights groups.

In response, gun rights groups in the last 10 to15 years have created their own media outlets.

"The National Rifle Association now has a small media empire built around gun commentary and political issues related to gun rights, which helps create a counter narrative for gun rights advocates who may not care for traditional news outlets," said Steidley. "More recently, the popular discussions about 'fake news' have further added to the polarization between folks who see traditional news as biased against gun rights."

So, when did the U.S. gun control debate become so polarizing? According to Steidley, it's been this way for over 40 years.

"In 1977 the National Rifle Association (NRA) had a major shift in its leadership and a wave of new leaders took over with a promise to have the NRA focus on protecting and expanding gun rights. This shift was mainly a response to new progressive gun control laws that were passed in the 1960s, but this leadership really set a new tone for the gun rights movement going forward," he said.

"The NRA has made a lot of its gains by framing its opponents as groups and politicians that are dedicated to destroying the idea of gun ownership, so using strong polarizing rhetoric is a tried and true strategy for them."

Gun control groups have come and gone since the 1960s, but none have had the staying power of the NRA, said Steidley. "Right now the biggest gun control group is Everytown for Gun Safety, which is led by the billionaire Michael Bloomberg."

"I think the Everytown folks know that filling that oppositional party role for the NRA is something that only benefits the NRA more, so I might speculate that in the coming years you might see some new strategies to find frames and messages that get more and more folks, including gun owners, to maybe see the NRA as too oppositional and perhaps even irrational at times."

Steidley began studying firearms in society after the Virginia Tech shooting in 2007.

"When I went to college at Oklahoma State, the Virginia Tech shooting happened and I started to wonder what research said about guns and safety," said Steidley, who grew up around guns in rural Oklahoma, and saw guns more as a tool than a weapon.

"I think coming from that background of knowing that guns were prevalent, but not really seeing them as weapons, led me to be curious about the cultural and criminological implications of firearms in society," he said. Steidley started researching this issue as an undergrad. When he went to grad school, it became his thesis, and later his PhD dissertation at The Ohio State University.

Steidley joined the department of sociology and criminology in 2016. His areas of expertise include criminology, sociology of law, political sociology, and social movements. Firearms in society continues to be his research focus.