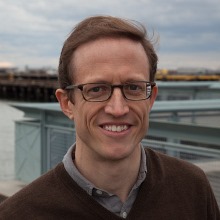 Social movements energized by the 2016 election clearly played a role in the recent midterm elections, according to Joshua Wilson, associate professor of political science. But how effective are political and social movements at using law in the pursuit of political ends? That question is at the heart of Wilson's research.

Wilson points to the civil rights movement as an example of how social movements can impact political change through the courts.

"Racial desegregation was pursued by the NAACP's Legal Defense Fund, led at the time by Thurgood Marshall. This is a classic example of a decades-long strategy to use the federal courts to desegregate and increase access in various parts of everyday life – from housing, to voting, to schooling," said Wilson.

A more recent example is the legalization of same sex marriage and its relationship to changing public perception and legal status of the LGBTQ community, he added.

"While these are both examples of high-profile progressive efforts, it is important to also note that there are numerous low-profile examples, as well as examples of conservatives using the courts to pursue political ends," Wilson said. Regarding marriage equality and LGBTQ rights, "much of the political efforts to undue or stall these advancements is pursued by Christian conservatives via litigation."

Wilson's academic interests lie in American politics, law and social movements, with a concentration in conservative movements and the law. His current research project, in collaboration with Professor Amanda Hollis-Brusky of Pomona College, looks at why and how Christian conservatives are becoming involved in legal education and training, and how that investment may influence law and policy.

According to Wilson, leading figures within the Christian Right have invested in electoral political organizations since the 1980s. A decade later, they began investing in litigation organizations by consolidating the limited Christian conservative legal talent that existed in the country. In order to have a larger supply of lawyers, as well as other resources that law schools and training programs can supply social movements, they began investing in creating law schools and training programs, such as Regent University Law School, Liberty University School of Law, and the Blackstone Legal Fellowship.

"Professor Hollis-Brusky and I have been looking at these schools both to better understand the emergent Christian conservative legal movement, as well as the resources that are necessary to successfully pursue policy through the courts, and the processes by which litigation-driven movements obtain these resources," Wilson said. The team has published numerous academic articles and op-eds, and is finishing an academic book on the subject.

In addition to his work on social movements, Wilson has studied and written two books on abortion politics, The Street Politics of Abortion: Speech, Violence, and America's Culture Wars, and The New States of Abortion Politics.

What does he see as the possible future of abortion politics and policy?

"This is a big question, but in brief, I think that we are destined to see the continued weakening of Federal protection for the right to access abortion, and thus the increased disparities between states," Wilson said.

"Working to undue abortion access has been a staple of Christian conservative activism for decades, and Christian conservatives often publicly attest to voting for Trump in order to realize this goal," he said, adding that the administration has been restructuring the federal judiciary, with roughly one-sixth of the federal appellate bench now staffed by Trump appointees. With two more years of the administration and GOP-controlled Senate to continue staffing the federal bench, there is little standing in their way.

"The only real remaining question," said Wilson, "is how far the Supreme Court will allow state restrictions on abortion to go."

Wilson has a PhD in Jurisprudence and Social Policy from the University of California, Berkeley, and has taught at DU since 2013. Prior to DU, he taught for six years at John Jay College, City University of New York.

"I greatly enjoy trying to get students to realize what can be so interesting and important about things that they may have not thought about, or thought were interesting and important before," he said. "At the very least, I want students to learn to care about what's happening in the world – often times in a world that they can feel removed from – and become better, more careful, and more enthusiastic thinkers in their everyday lives."