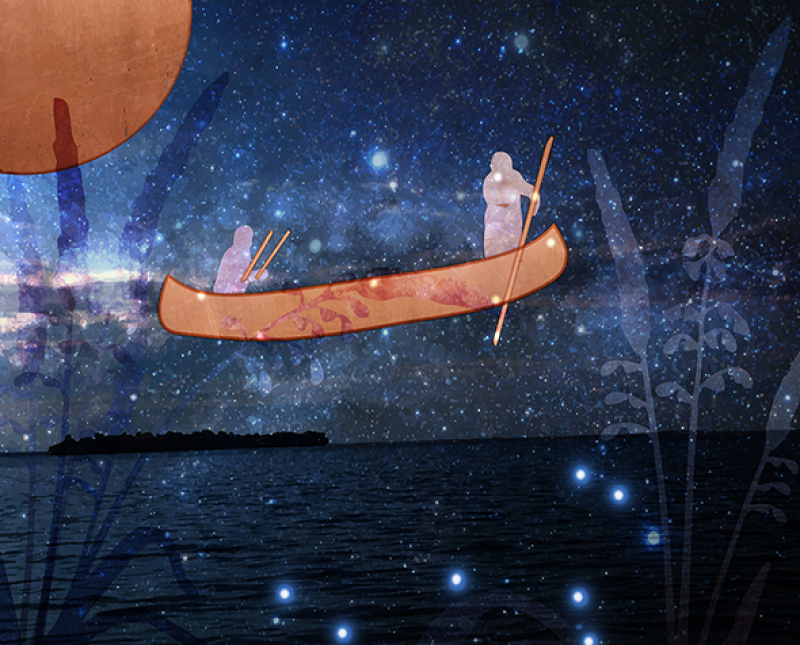 You won’t find any Native American pottery on display at the latest exhibit in DU’s Museum of Anthropology. No tribal blankets or paintings of regal Indians astride their horses.

Instead, the “Indigenous Futurisms” show features work by native artists who depict their culture, their struggles and their identity in the tech-infused language of the 21st century — comics, video games and digital media.

Named for the Indigenous Futurisms art movement that reflects the past, present and future of native peoples through a sci-fi lens (think the Afrofuturism of “Black Panther” and Sun Ra), the DU exhibit — created in conjunction with Denver’s Indigenous Film and Arts Festival — features new works by native artists Kristina Bad Hand and Elizabeth LaPensée that explore the intersection between pop culture and native life.

“How do we show that we are still relevant? That our tribal concerns and troubles are not exclusive to us, but are things everyone should be aware of and thinking about?” says Bad Hand, a Denver-based Lakota and Cherokee artist who serves as director of the city’s chapter of Indigenous Comic Con. “How do we improve our romanticized pop-culture image and get others thinking about the personalities and humanity of indigenous people? Showing Native Americans and indigenous belief systems in a more positive, inspiring light helps us fight the belief that genocide destroyed our culture and wiped us out. And it helps us to continue to teach our lessons not only to our children, but to anyone who is open to listen.”

To that end, Bad Hand’s work in the show includes selections from her comics-inspired “Indigenous Fairy Tales” series, which puts a native spin on Disney classics “Beauty and the Beast” and “The Little Mermaid,” and the similarly comics-reflective “Lessons,” a portrait of a mother holding her child that “calls for us to truly think about what is sacred and how we protect it. Our children are the seeds that will either pollinate or pollute our world when we are gone,” Bad Hand explains.

LaPensee’s work, on the other hand, incorporates digital techniques and media, from manipulated prints that put a futuristic spin on indigenous folklore to playable video games that engage gallery visitors in battles against colonization and environmental destruction.

“There’s a common misconception that Native American culture is not relevant. This art show shows that [Native] people still are very invested in their own culture; they’re very invested in showcasing it to the world,” says Nick Dungey, a first-year anthropology graduate student who helped install “Indigenous Futurisms.”

“Indigenous Futurisms” is on display in the University of Denver Museum of Anthropology, in Sturm Hall, room 102, through Nov. 16. Gallery hours are 9 a.m.–4 p.m. Monday–Friday.