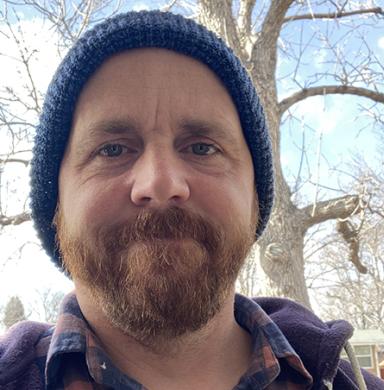 Dr. Leahy is a big advocate of inverting how we think about those challenges, rethinking how they shape us and embracing some of the opportunities that they can open for us. Dr. Leahy specializes in early modern Spanish literary and cultural studies. He's especially interested in how ideas about the medieval and early modern past have been reimagined or re-used in more recent times, especially regarding national identity, gender and sexuality, race, and religion (and the intersection of those categories).

Much of his work focuses on understanding the place of Jerusalem and Palestine within the Spanish national imaginary. Professor Leahy teaches courses on early modern and medieval Iberia on topics like "Sex, Bodies, and Power in Imperial Spain," the work Miguel de Cervantes, and the place of Muslims, Christians, and Jews in Iberia. Dr. Leahy has spent time living in Spain and Ecuador and is a big fan of study abroad programs and language learning. In his spare time, he likes reading books and hiking (especially with his five kids).