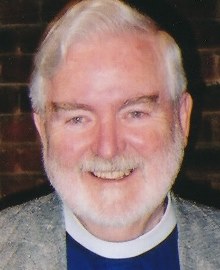 The Rev. Dr. Wallace Bruce Clift Jr., professor of religious studies at the University of Denver and former chair of the department died at his home in Olympia, WA, on February 5, 2018, at age 91.

Wallace Clift was born March 27, 1926 in Robert Lee, Texas. He went to University of Texas at age 17. In 1944, he joined the U.S. Navy, serving in intelligence and then helping Korea's education ministry transition to independence. He returned in 1948 and completed his bachelor's degree in 1949. After earning a law degree from Harvard University (1952), he worked in Washington D.C. for a year before joining Baker, Botts, Andrews, & Parish in Houston. There he met and married fellow attorney Jean Dalby, on January 23, 1954.

In 1957, Wallace and Jean left to attend Church Divinity School of the Pacific in Berkeley, CA. After earning a Master of Divinity degree in 1960, Wallace returned to Houston, where he was ordained a priest in the Episcopal Church. In 1964, Wallace and Jean received a joint grant to study at C.G. Jung Institute in Zurich, Switzerland. Upon their return, and Wallace earned an M.A. and Ph.D. in psychology of religion at the University of Chicago.

Dr. Clift taught psychology of religion at the University of Denver from 1969 to 1992, serving as chair of the department for many years. He helped start a joint Ph.D. program with Iliff School of Theology in 1981. He co-founded the Jung Society of Colorado in 1976. Wallace served as an associate clergy member of St. John's Episcopal Cathedral in Denver.

Wallace Clift's first book, Jung and Christianity, was published in 1982, frequently reprinted, and translated to Korean. With wife Jean, he wrote Symbols of Transformation in Dreams (1984), The Hero Journey in Dreams (1988), and The Archetype of Pilgrimage (1996). Wallace published two books of spiritual guidance, Journey into Love: Road Signs along the Way (1990) and How to Make Love and Other Godly Thoughts (2012), as well as articles and encyclopedia entries.

After retirement from the University of Denver in 1992, Dr. Clift was appointed Canon Theologian of the Episcopal Diocese of Colorado and invited to head the Anglican Studies program at St. Thomas Theological Seminary. When St. Thomas closed in 1995, Dr. Clift helped negotiate the program's move to the Iliff School of Theology. A scholarship for students in Iliff's Anglican Studies Program was endowed in the Clifts' honor in 2000. In 2002, Wallace was named Canon Theologian Emeritus. The Church Divinity School of the Pacific awarded him an honorary doctorate in 2003.

Throughout his life, Dr. Clift gave lectures and workshops throughout the world. Boundless curiosity took him to all seven continents, 93 countries, and every state.