MFJS Professors, Students Team Up with Journalists in Sierra Leone for Impactful Podcast 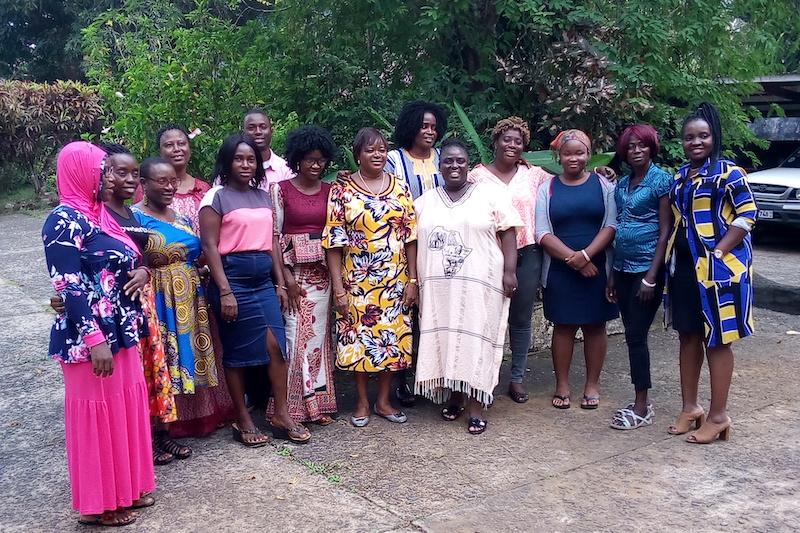 The Media Matters for Women team in Sierra Leone.

By Camille Fowler and Berry Kone

MFJS professors and students are teaming up with journalists in Sierra Leone to assist in their efforts to achieve political and health equity for women in rural regions of the country.

Media Matters for Women (MMW) is a non-governmental organization founded and run by women journalists in Sierra Leone. Its team is devoted to empowering women across the country through weekly podcasts about women in government, sexual health, gender-based violence and women’s rights issues.

The podcast was the brainchild of women journalists in Sierra Leone, including Alinah Kallon, who witnessed the need for women in their own neighborhoods to have access to vital information about sexual health, human rights and safety. It was founded by Sharon Bylenga, who worked with journalists to create a method of using cell phones to distribute this information to rural regions.

The podcasts give women and girls the opportunity to discuss sexual education and human rights by reassuring them that they are not the only ones who experience these issues and offering resources for them to seek help and knowledge. 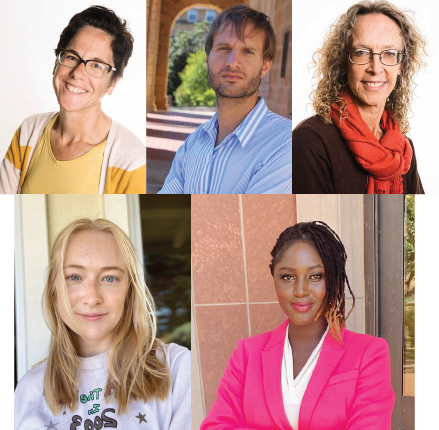 MFJS got involved when Media Matters for Women’s Board Chair Lisa Sebree asked a friend to connect her to someone knowledgeable in health communication. The friend contacted MFJS professor Renee Botta, who has extensive experience in health communication research. Botta connected the MMW team to former MFJS professor Margaret Thompson, who worked with the Feminist International Radio Endeavor (FIRE), to help them with podcast development.

MMW is not simply a podcast; it is an organization of passionate community members that make a significant difference in the lives of women and girls in Sierra Leone. Women such as Florence Sesay have worked tirelessly to ensure that girls who have experienced abuse are able to stay in school and have access to the services they need. The organization includes journalists, youth advocates and community champions who want to see real change in issues like sexual and gender-based violence (SGBV) justice.

"I’ve been meeting with the journalists on a regular basis and absolutely LOVE it – they are amazing women with some really intense personal stories but are so determined to get information out to other women so they don’t have to go through what they have experienced,” Thompson said. “They keep talking about information as power."

MMW has been working in different regions of Sierra Leone for over a decade, distributing short educational podcasts about women’s issues, which are translated into five different dialects of rural communities. With the outbreak of the COVID-19 pandemic, there was a need for a consistent and trusted world information resource, and the listener base grew to over 55,000 people across the country. With local elections approaching, and a national election in 2023, the women of MMW knew that they wanted to use their growing platform to actuate change and empower women to have influence in their government and local councils.

In September, MMW launched the Election Pilot Project, “Uman, una Lisin, en Vot!” (Women, Listen, Vote!), in the Western Rural, Northern, and Eastern provinces with the objective of inspiring women to affect positive change by engaging in the political process. Not only did the team of women want to educate with the podcast, but they also aimed to use surveys to collect and process data regarding rural women's knowledge on voting rights and the policies they care about.

The MMW team expressed that they would benefit from Botta’s experience, so she signed on to help develop the survey data collection and communication process with the help of MFJS professor David Coppini.

“Women’s issues around the world are really important to me and I love this idea of using podcasts as a way to empower women,” Botta said. “Health issues are my area, and of course there are a lot of other issues that are important to women, but it’s a great way to have an impact on women’s health.”

Botta is working with Camille Fowler, a first-year graduate research assistant, and Berry Kone, a second-year graduate IIC student, to analyze the survey data that the team in Sierra Leone collects and create communication and media content to promote the MMW mission.

The UN in Sierra Leone works with international and local NGOs to observe 16 Days of Activism Against Gender-Based Violence. This initiative is under the patronage of the coalition on Women’s rights in Sierra Leone. For this year’s edition, from November 25th through December 10th MMW is planning events to promote the initiative. Kone is working with MMW to develop visual communication to appeal to both downstream and upstream audiences in Sierra Leone. The first day of 16 Days of Activism is International Day for the Elimination of Violence Against Women and the last day of the event is International Human Rights Day. The last day is very important as it creates an emblematic link between violence against women and human rights violations.

The team working closely with DU consists of five members of the MMW organization. Florence Sesay, program director, is a journalist and broadcaster from Sierra Leone. Diana Allen is monitoring and evaluations officer and manages the data collection and survey distribution process. Josephine Kamara, community liaison, oversees the visual content of the organization. Sebree, the chair of the MMW-UK Board of Trustees, is an American attorney based in London. Ellen Marshall, an American attorney based in Washington, D.C., is chair of MMW-US.

MMW’s community-based efforts have not only impacted individuals’ lives, but also have made major shifts in the attitudes of rural societies toward issues involving women and girls’ health and education. The organization is inspiring women in Sierra Leone to effect change in their communities and is using the growing platform of podcasting to fight for better representation of rural women on the national scale.

Visit MMW's website to learn more or listen to the podcast.