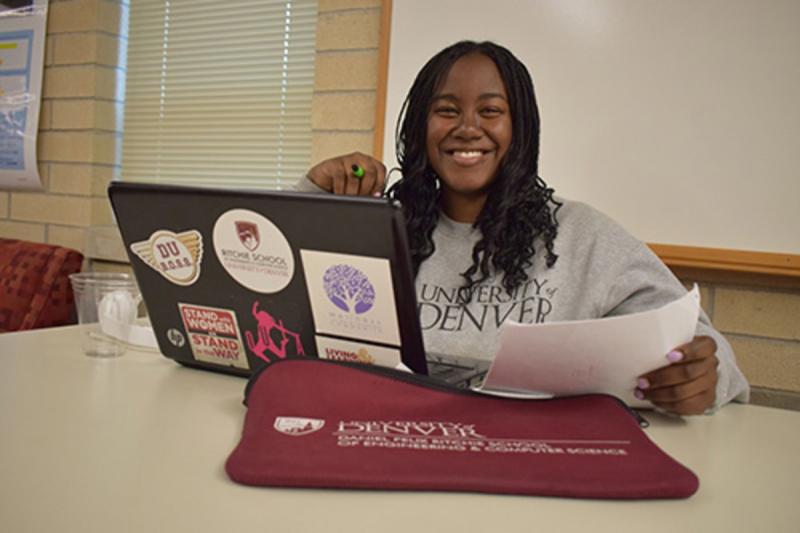 It's no secret that the Science, Technology, Engineering and Mathematics (STEM) workforce is predominantly white and male. However, channels for diversity are coming to DU from initiatives run by minority students themselves.

"Equity in Science, Technology, Engineering and Mathematics (E-STEM)" is a new program in the DU Natural Science and Mathematics department. Piloted this school year, it's designed to provide career and academic resources and support to students from underrepresented backgrounds who wish to succeed in STEM fields.

The first year students in the program participate in weekly group sessions, a summer orientation and Teacher's Assistant (TA) tutoring sessions, all with individual mentorship from older students in science and engineering majors.

Toni Dunlap, a junior engineering student who serves as one of the four current peer mentors, uniquely understands the need for a program like E-STEM. She's the only black female computer engineer in her grade level.

"I wish E-STEM had been around when I was a freshman," she said.

Dunlap plans to venture even further with increasing resources for minority STEM students. After attending a conference last year put on by the National Society of Black Engineers (NSBE), she was inspired to start a NSBE chapter at DU, which she hopes to have up and running as an official student organization status by March.