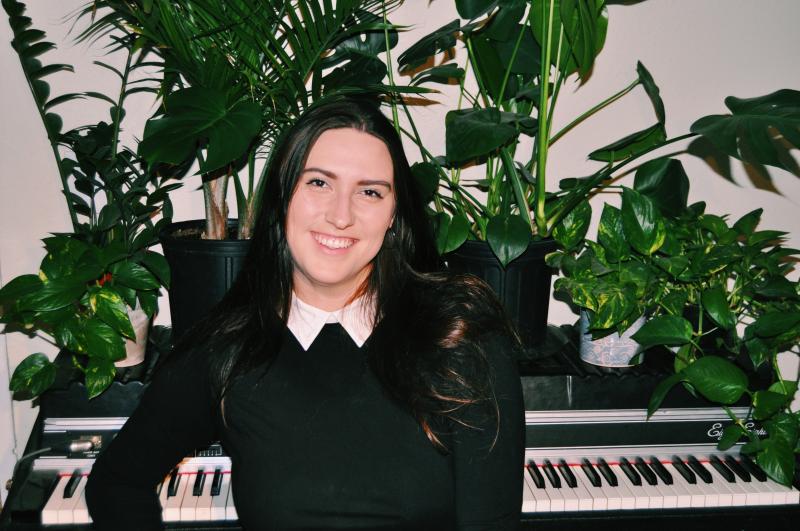 Before the coronavirus shut down so many Colorado schools and performance venues, Camilla Vaitaitis’ days were packed full of music. During the daytime it was classes and rehearsals at the Lamont School of Music, followed by her music-teaching job at Graland Country Day School and the private lessons she gives to local piano students. At night there were gigs — shows with her namesake piano trio, vocal jazz group the Sharp Five, her 17-piece big band, or Specific Ocean, the indie-rock outfit she founded a few years back with some fellow Lamont students.

“Right now I’m in the busiest period of my life,” she says. “It’s kind of nice.”

Life has been busy for Vaitaitis since her undergraduate days at Lamont, where she majored in jazz piano, took classes in composition and music theory, and played a variety of concerts contracted through the school, including one in Sedalia, Colorado, at a fundraiser hosted by Prince Harry.

“It was one of my first gig experiences, because I was a freshman,” she says. “I was kind of in disbelief.”

After a couple of years teaching and gigging on her own, Vaitaitis returned to Lamont to pursue a master’s degree in jazz composition. Already teaching at Graland and at the Colorado Conservatory for Jazz Arts (CCJA) — a youth-focused nonprofit that instructs aspiring jazz musicians — she wanted to explore further opportunities in higher education.

“I realized that I was really searching for a little more as far as my career path,” she says. “I wanted to have a higher degree, and I already knew this was a good place to be. Eventually I would love to teach at a university level or work in administration, like the role that Art Bouton and Steve Wiest have [at Lamont] as co-chairs of the [jazz] program.”

She also wanted to return to the school to study with Lamont faculty member Eric Gunnison, a jazz pianist who served as her mentor during her undergraduate years.

“Camilla is one of the finest students I've had the pleasure to teach in my 20 years at Lamont,” Gunnison says. “She's an excellent pianist and vocalist who leads several of her own bands, but what makes her so special is her catalog of original compositions for a variety of ensembles. Her original music draws on many experiences and influences and combines them into a very personal and exciting take on contemporary jazz and pop music.

“She's also become a teacher and a role model for many young women looking to a career in music,” Gunnison continues. “I think her future is very bright as a performer, composer and bandleader — and a unique voice in the current scene.”

Scheduled to graduate in June, Vaitaitis is full of plans to make her days even busier. She is looking to expand her role at CCJA and to keep gigging in as many musical combinations as possible. The stereotype of the music student looking to be a star doesn’t apply to Vaitaitis.

“I want performing to be part of it for sure, but I kind of like a balance of everything,” she says. “Right now, I have a good balance of performing and teaching, and I really like having both fulfilled.”