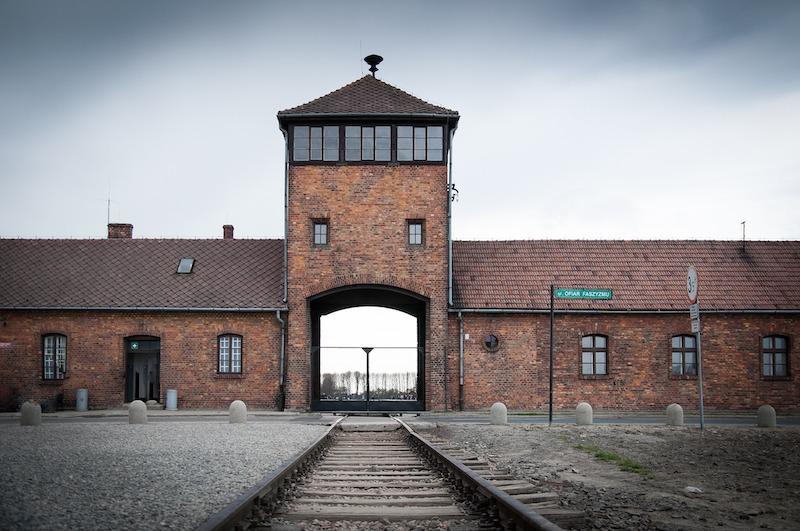 International Holocaust Remembrance Day, Jan. 27, marks the 75th anniversary of the liberation of Auschwitz, the largest Nazi concentration camp where more than 1 million men, women and children were killed during World War II.

Adam Rovner is an associate professor of English and Jewish literature at DU’s College of Arts, Humanities and Social Sciences and the director of the Center for Judaic Studies. He shared, via an email interview, his perspective on the Holocaust’s enduring significance with the DU Newsroom.

What lessons from the Holocaust are especially important today?

Sadly, one lesson of the Nazi genocide is that citizens of many nations embrace murderous ideologies. The lesson may not be how different we are in 2020 from those who murdered Jews, hunted them down, dispossessed them or betrayed them, but how similar we are. If we seek positive lessons, I’m sure they can be found. But the ease with which language and thought were corrupted by Nazi rhetoric and the embrace of exterminationist policies by their collaborators does not hold up much in the way of hope for humanity. The Germans were not the only “willing executioners” in Europe. Despite their reputation for tolerance, the Dutch had one of the highest percentages of Nazi collaboration of all occupied countries. America [was] an exceptional haven for Jews in the 20th century. Whether this continues well into the 21st century remains to be seen.

As we enter this next decade, we face the fact that the last of the Holocaust survivors are dying. A 2018 survey found the Holocaust is fading from memory. What challenges do we face in keeping survivors’ stories alive?

Many institutions and initiatives have done an excellent job collecting testimonies from survivors, important documents and artifacts from the period 1933–45. The work of these scholars, volunteers and survivors has enriched our knowledge of the Holocaust. Anyone with an internet connection can find videos, digitized materials and memoirs online through the United States Holocaust Memorial Museum or Yad Vashem in Israel. Filmmakers, authors and artists have transformed the historical record into a variety of media that allow for the dissemination of the memory of the Holocaust. In the U.S., almost any English speaker has access to a trove of material that documents this terrible chapter in western history. One of the challenges I see is not a dearth of information on the Nazi war against the Jews, but a presumed familiarity or “fatigue” with the Holocaust on the part of many Americans. Because they saw “The Diary of Anne Frank” on stage in junior high, they think they know all about the Holocaust. Or worse, there is a sense that the genocide of European Jewry is “old news” and therefore should no longer demand our attention. This dangerous and willful ignorance can only be combatted by patient and thoughtful education.

What’s the best way for people to remember and understand this time period?

I think having a sense of historical context is certainly important. People seeking to learn about the Holocaust should remember that this was not an event “long, long ago” or “far, far away.” The people who perpetrated the Holocaust, the people who stood by while the crimes were committed, and the victims of these perpetrators and bystanders all lived in our modern world. I think that keeping the proximity and cultural familiarity of Europe in the 1930s­–40s in mind is helpful to understanding that we are not so distant—even if it sometimes feels that way to young people—from the mass atrocities committed against Jews and others designated for mass murder by the Nazis and their collaborators: Jehovah’s Witnesses, Roma people, people with disabilities, homosexuals and political dissidents.

We are seven and a half decades removed from the Holocaust, yet The Washington Post just published an article about the rise of anti-Semitic attacks in America. What do you see happening in the world right now?

My sense is that we are witnessing a politically manipulated retrenchment of xenophobia, anti-Semitism and racism across the west. Elected leaders — or self-styled elected leaders —increasingly promote an authoritarianism that exploits divisions in populations, either cynically or due to sincerely held ideologies of hatred. Whether in Hungary or Russia or Austria or the U.S., right-wing ideologies of racial or ethnic supremacy have gone mainstream. The planned bombing of a synagogue in Pueblo, not to mention the murder of Jewish Americans in ideologically motivated attacks in Pittsburgh, California, New York and elsewhere testify to the rise of a violent, armed, right-wing anti-Semitic extremism in this American moment.

Tell us about some of the current work of DU’s Center for Judaic Studies and the Holocaust Awareness Institute?

Our center is an academic unit within the College of Arts, Humanities and Social Sciences. We offer courses to all DU students in a number of disciplines: religious studies, philosophy, literature, Middle East history, American history, anthropology and Hebrew language. Our multiple award-winning faculty engages students of all backgrounds and proudly serves hundreds of undergraduates and graduates each academic year. We sponsor visiting scholars, artists, filmmakers and writers each quarter who lecture or present to our students and community members.

The Holocaust Awareness Institute focuses on educating students across Colorado and the Rocky Mountain region on the history and memory of the Holocaust. We send public and private school teachers curricula, books and other resources to help educate younger students. One of our current goals is to make these materials available for free online to any teacher in the world, and we hope to translate our professionally designed curriculum into Spanish for underserved communities in the Mountain West.