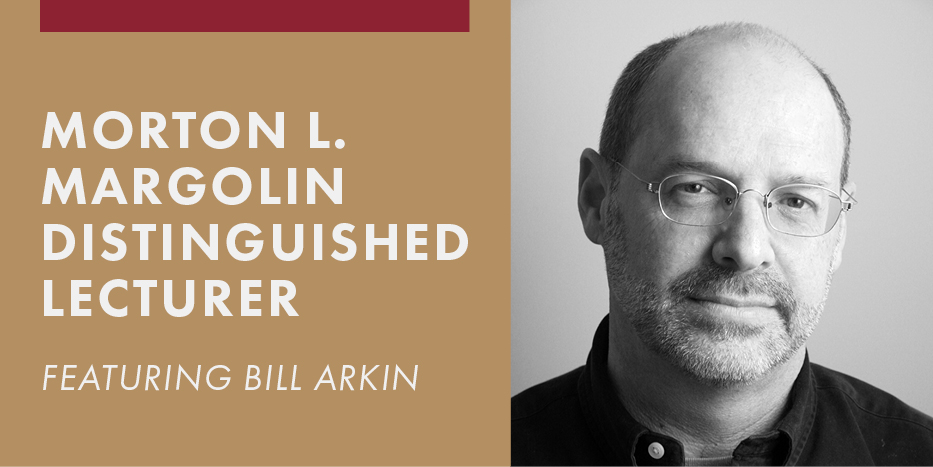 In May, longtime military analyst and writer William M. Arkin will visit the University of Denver to speak as a Morton L. Margolin Distinguished Lecturer on behalf of the department of Media, Film & Journalism Studies.

Arkin’s career in the field of national security has spanned over 40 years, where his roles have ranged from intelligence analyst and activist to author and government consultant. Along with reporting for The Washington Post, The New York Times, and The Los Angeles Times, he also worked as an analyst and reporter for NBC News and as a guest on CBS News, 60 Minutes, and Dateline. He has written more than a dozen books, including one volume in which he revealed locations of U.S. and foreign nuclear bases worldwide.

In preparation for his lecture, which runs from 12 to 2 p.m. in Anderson Academic Commons Room 290 on May 1, he answered a few questions about his career and offered advice for the next generation of communication professionals.

What might be your favorite beat or specific era of your career as a writer?

I do remember June of 1990 when the Cold War had ended, and I had spent the previous 16 years working on the Cold War, saying to friends who were in a similar boat, “What the hell are we going to do now?” About a month and a half later, Saddam Hussein invaded Kuwait.

For me it was a real eye-opener, because even though I had been in the army, I really knew nothing about conventional war. Nor did most people in the national security world who were also in the public, because everything had been about the nuclear arms race and the Cold War. So I found that that was the time period, from 1991 for the next three or four years, where I feel like I learned the most. I learned how the military worked, how air power worked and how military strategy was formulated.

In difficult moments, what has inspired you to keep moving forward in your career?

I’ve always felt that the working stiffs in the national security community supported what I was doing. Even though the politicos at the top and the Washington establishment might be hostile to a free press and might be hostile to leaks and revealing secrets, I always felt that the mid-level workers in the intelligence community and in the military very much understood the need for more transparency, greater understanding and greater citizen participation. Frankly, their support of my work over decades has been the greatest motivator.

But I don't want to be too highfalutin about it. I'm also a crazy person, and it calms me to build a database, create a timeline, or make an encyclopedia. So a lot of the motivation is just that I have a thirst and a stamina to do something, and I'm grateful that it has to do with national security and not baseball. I know that there are a lot of people out there who are driven in the same way I am to know everything there is about sports. My thing is national security, and I wish there were more people like me.

Is there a specific news topic or current event that you think college students should be watching, and why?

I'm working on a book now that is a product of the letter that I wrote when I left NBC, asking how we end this era of perpetual war. One of the main arguments I'm making is that we need to improve the literacy of the American public when it comes to matters of war and peace. As fewer and fewer people serve in the military, as the veteran classes of old wars get older and then pass away, there is a smaller and smaller citizen group that understands these questions. That group has too much power, and the public has largely allowed themselves to be bystanders.

So to me, the biggest thing that we need is greater citizen literacy when it comes to governmental affairs, and specifically national security. And that starts at the high school level. If I were a young journalist today, or if I were a young person interested in the world, I would spend a lot of time and energy trying to understand how the world actually works in order to think about how to change it.

Do you have any other advice for aspiring journalists?

Develop a specialty. I think the notion that a journalist [must be] a general assignment reporter is baloney. The best journalists out there are the ones who really specialize. Because ultimately, really understanding the subject matter is going to be what has the greatest impact.

The second thing I would say is that there needs to be a greater impact of the post-paper, post-television generation on the news. The next generation, this generation of journalists who were not raised in the ubiquitous television age, really needs to design and an offer an alternative.

We know that people are already consuming a huge amount of news on their phones. We know that the small screen, low-scale video production, low-scale podcasting, [and similar media] are the future. I’m just not sure that I see enough young journalists banding together to harness that into new systems.

Do you have any advice to aspiring book writers?

Where can people go to learn about and follow your work?

I write a regular column for The Guardian. I also have a blog that I hardly ever post to, but at least it has all my writings on it. And I do tweet, but people will be very disappointed that I'm not commenting on everything under the sun. So if you really want to understand me, I'm sorry to say, you'll have to read a book.