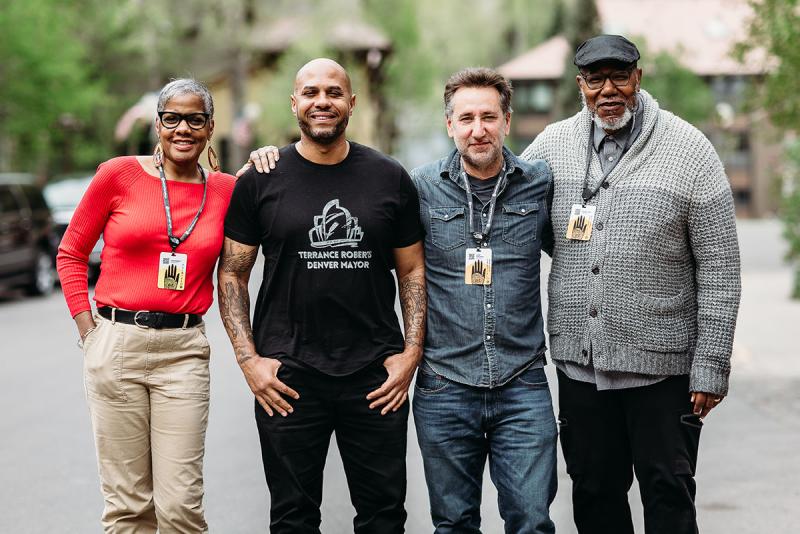 “In the Bronx at the time Blacks and Jews who were historically oppressed got along and fought for things they had in common," he said. "I think that’s why my parents chose that name for me.” 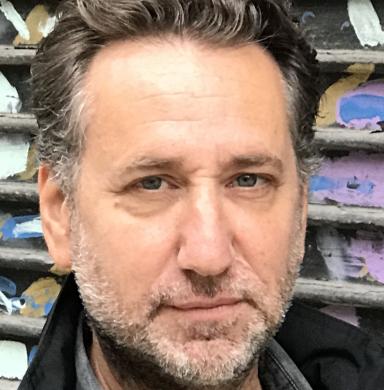 In his MFJS courses, Rubinstein hopes to share what he’s learned about the power of in-depth storytelling.

“It’s a very hard time for journalists right now,” he said. “We’re in an age of information wars and information manipulation. In a lot of stories, the sourcing is being manipulated or tilted in a direction because of the sources chosen and readers don’t know that.”

He also plans to ground students in the classic principles of captivating storytelling told through compelling characters.

“Storytelling is innate to us. We crave it, we want it in our lives. As reporters we need to find out how to use our skills responsibly and take the time to develop stories that have the potential to create meaningful change,” he said.

A Journey in Revealing New Perspectives

Rubinstein moved with his family to Denver’s Hale neighborhood at age two and grew up in Colorado. He earned a bachelor’s degree in political science from Emory University and a master’s degree in journalism from Columbia University — where he focused on literary and long-form journalism. He landed his first job as a clerk in the sports department of the Washington Post where he also wrote for the sports and style sections.

Following a subsequent stint writing for Sports Illustrated, Rubinstein became an independent journalist, garnering accolades for his multi-faceted reporting on topics ranging from the highly personal to science, travel and crime.

The common thread running throughout his work?

“I’ve always been excited about stories involving people in extreme circumstances, cultures that reflected something bigger about our society, democracy and government,” he said. “Things that weren’t being covered or were overlooked or mis-covered where I thought I could offer a new perspective.”

Excavating the Buried Truth Behind the Headlines

In 2013, while living in Brooklyn, a New York Times article about the Terrance Roberts shooting case at the center of a high-profile redevelopment in a Denver neighborhood known for gang activity grabbed Rubinstein’s attention. He’d always hoped to cover a story in his former hometown and decided to fly out, stay with his mom — who still lives in Denver — and check it out. Roberts, then out on bond and awaiting trial, agreed to meet with Rubinstein.

“Terrance was incredibly compelling and seemed symbolic of many of the challenges and struggles Black men have faced for generations,” Rubinstein said. “I started to feel as I talked to people from the community and read and watched everything I could about the incident that the media coverage did not reflect the views I was hearing in the community.”

Despite what people living in the neighborhood told Rubinstein that echoed Roberts’ claim that he’d acted in self-defense, news coverage seemed incomplete and often skewed against Roberts.

“There was a point early on when one of the reporters said, ‘Terrance Roberts wants you to believe that gang members forced him to defend himself,’” Rubinstein said. “My research started to go deeper into the reality that Terrance had become outspoken against a number of things going on in the neighborhood, was part of a federally-funded anti-gang effort and was not happy with the way law enforcement were running it.”

Rubinstein soon realized he needed to move back to Denver to get to the truth.

“Before George Floyd, for many people, there was less context for how law enforcement operates in vulnerable communities. For example, in anti-gang and anti-violence efforts, law enforcement measures success not by whether violence is actually decreasing but by arrest numbers,” he said.

Despite his outsider status, Rubinstein worked hard to garner the trust of people in the neighborhood.

“Even though I was a white guy reporting in a Black community, after seeing me over a period of time, people wanted to talk to me because they wanted attention for the things that I was trying to help understand, explain and get attention for,” he said. “At the top of the list was rising youth and gang violence.”

He had already learned the value of interviewing people again and again — something he’s stressed to current and former students.

“I always say to my students that if you’re going to do long-form journalism, there’s no such thing as interviewing someone once or twice,” he said. “Sources have their own relationship to what’s going on and we need to understand what their motivation is to get to what they actually think and who they are.”

Undeterred by forces in the Denver community, including some in law enforcement that he said did not want the story told, Rubinstein kept digging.

“I realized it was dangerous because I was getting at pretty significant and important truths,” he said, admitting he had to leave town several times for his own safety. “There are still forces out there that do not want this story known and continue to spread falsehoods. But this is not just a Denver story, it’s a national story that just happens to be centered in Denver.”

Rubinstein devoted seven years to researching and writing his multi-generational book. “The roots of what happened [in Robert’s case] go all the way back to before the civil rights movement in Denver and tell a larger story about these African American neighborhoods, what was going on with police activity, activism, violence and gentrification and how these cycles kept repeating themselves all the way up to today. Yet the public understanding was so off base because the public reporting on it was spotty at best.”

Most recently Rubinstein has worked on The Holly movie rollout and provided advance screenings in African American communities nationwide. “We just got back from Durham, North Carolina, where we showed it to a huge theatre of African Americans, many of whom are working on anti-gang and anti-violence efforts,” he said. “They said they were grateful to have this story told. It helped them think about how they can address some of the same problems they’re having.”

Award-winning journalist, filmmaker and DU CAHSS Visiting Professor Julian Rubinstein’s critically acclaimed 2021 book, “The Holly: Five Bullets, One Gun and the Struggle to Save an American Neighborhood” was named a New York Times Editors’ Choice. Booklist included it on its Best Books of 2021 list, calling it “a shattering piece of investigative journalism involving street gangs, race relations and law enforcement.” It also won the 2022 Colorado Book Award for general nonfiction.

The Holly illuminates the story behind the high-profile 2013 case of Denver anti-gang activist and former gang member Terrance Roberts who shot a young gang member at his own peace rally, was tried for attempted murder and found to have acted in self-defense. The book’s title refers to Holly Square, a former shopping and cultural center in the Northeast Park Hill neighborhood at the heart of a historically Black and, more recently, rapidly gentrifying community. Rubinstein also wrote and directed The Holly film, winner of the Audience Choice Award for best documentary at the 2022 Denver and Telluride film festivals and the Jury Award for best documentary at the Santa Fe Film Festival and slated for release in theatres and on video on demand in February.