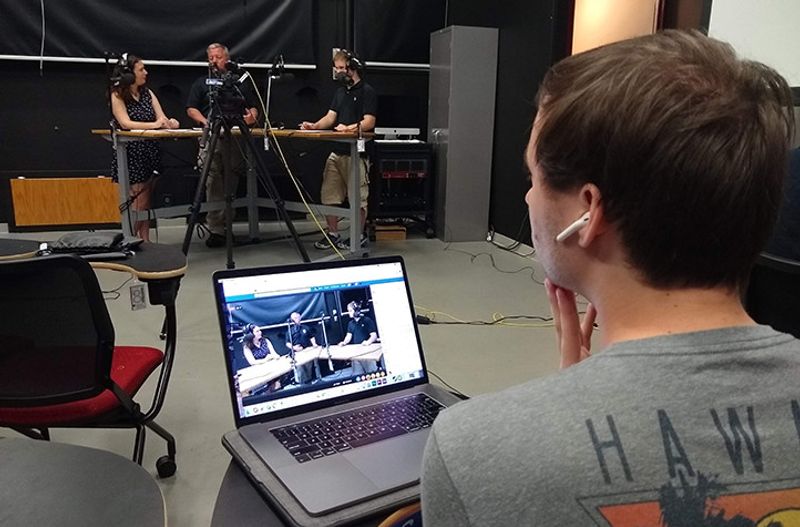 A new podcast has been making its way around DU. It's called PioCast, a live broadcast from students in Dr. Carlos Jimenez's audio and documentary course, and it offers undergraduates real-world experience creating audio stories and producing a live episode intended for the DU community.

"The course is about teaching students to do professional audio work and to produce short nonfiction stories," says Jimenez. "Students learn to play with sound, and how vital storytelling can be in any area, whether it's for marketing campaigns, film production, or simply as a way to tell a story."

Jimenez, a professor in the Media, Film and Journalism Studies department at DU, describes PioCast as both an experiential learning opportunity and a community outreach initiative. Through hands-on work that builds professional skills, students develop and disseminate programming across (and beyond) campus.

"My role in PioCast is as editor in chief, where I coordinate our goals, train students, and create a production timeline."

For Jimenez, this interest in podcasting started when he himself was a student.

"I decided to bring podcasting to DU because I had taken a similar course as an undergrad and it had a huge impact on me. At first, I didn't think I would use the skills I learned, but then while doing research in California, a community of farmworkers asked me to help them build a radio station (mixteco.org/radio). I was able to confidently share what I knew about recording technology, how to interview, how to talk to strangers, and how to tell their story."

Students in Jimenez's course, like sociology major Tiffany Christian, have taken this work to heart.

"The world is changing fast," says Christian. "This project let us take part in what's changing in the real world."

Christian, who did scriptwriting and producing work on the project, was part of a 15-person, student-led team.

"Teamwork is important, assigning roles and commitment, and staying organized," she explains. "It brought the class together by investing in a project that ignited ideas and gave space for people to build on their strengths."

Students saw the project through from start to finish, working together on developing format, scripting segments, marketing, operating broadcasting technology, working out technical details, practicing the programming, and reflecting on the final, live broadcast, which served as the final for the course.

"I have been so inspired by this project, and the class, that I'm going to put the work into my own podcast or some type of radio work in the near future," says Christian.

The debut PioCast production focused on public safety, a theme chosen by students in the wake of rising gun violence in schools. As part of this conversation, students interviewed Don Enloe, DU's Director of Campus Safety.

"A podcast that we wanted people to take seriously and tune in to took commitment," Christian explains. "The professor was so awesome in guiding us and giving us amazing readings and examples of other podcasts that by the end we were equipped with what was needed to do it."

The show also included stories about student life, ranging from housing in the dorms, to sports and disability, to shyness and even what it's like after hours at the Fat Shack.

"In the midst of all the hard work it was still very fun! This is definitely my favorite class and I'm so glad I got to take it before I graduated," says Christian. "My favorite part was taking notes during the live broadcast on what worked and what didn't work so that the professor can use those notes for the next time he teaches the class."

Jimenez will offer this class again in the fall of 2019 and the Media, Film and Journalism Studies department is hoping to incorporate more live broadcasting into other courses as well. For students interested in getting involved or continuing PioCast off-season, Jimenez encourages students to get in touch through email. 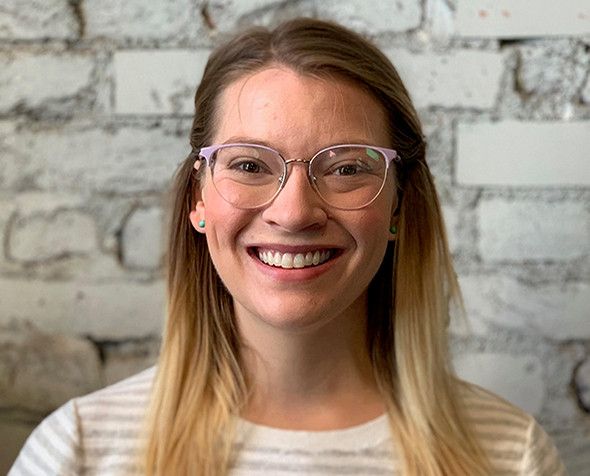 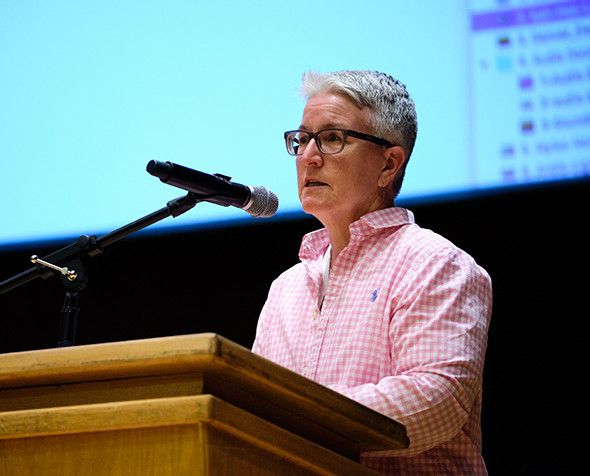