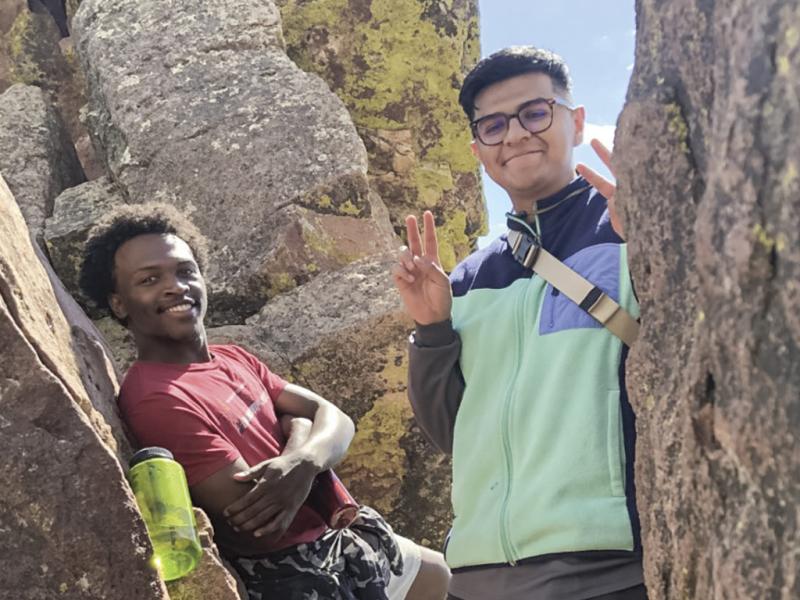 This article is from the fall 2021 issue of the University of Denver Magazine. Please visit the magazine website for additional content.

Illuminated by their computer screens, James Artis  (BSBA ’20) and Isaac Vargas (BA ’20) sit by one another, as they did in their University of Denver residence room, and plan for the next day. Eventually, the luminescence from the tiny machines fades—if only for a few hours—and the roommates take it all in.

“I think I’m a better teacher on Zoom,” Vargas says with a chuckle. Vargas and Artis took a leap of faith in the middle of a pandemic and became essential workers—educators with Teach for America.

They took unconventional paths to their Boston classrooms—Artis majored in business management, while Vargas studied political science—but a passion for teaching and helping others ran deep.

A longing for educators who looked like them led them, in part, to Teach for America.

It sparked during their second year at DU. Vargas remembers a poignant, life-changing conversation with Artis, which began with Vargas’ excitement about having his first Latina professor at DU, Lisa Martinez, who teaches in the Department of Sociology and Criminology.

In a moment of self-reflection, one asked the other, “How many teachers of color did you have? How many looked like you?”

Both paused to wrack their brains through 15 years of schooling. Between the two, they named two teachers.

“It was a little disheartening, a little eye-opening,” Vargas says.

Then it hit them. Maybe they could turn the tide, give students of color a chance to feel seen in the classroom.

“The idea of being in the classroom and being not a window to students of color, but a mirror,” Vargas says.

That seed was sown and years later, it sprouted.

It’s almost as if Artis and Vargas were destined to meet.

The self-described men of faith grew up in Aurora just 7 miles apart. Yet they hadn’t crossed paths until they arrived at DU in August 2016, where the University’s E-Life transition-to-college program brought them together. Later, they paired as roommates, and for four years, they saw each other nearly every day.

During their junior year, they applied to TFA. In tandem, the two did interviews, worked on sample lessons and met with others from the organization.

“The conversation I am able to have with my students—it’s not the same as my white counterparts,” Artis says.

For Vargas, an ordinary teaching moment gives him a certain satisfaction. Names on a roster help him see his impact as a native Spanish speaker and Spanish teacher. “It feels just really fulfilling to be able to look at my roster and see names that look like the people that were in my community, and to be able to pronounce them the way they deserve to be announced,” he says.

But teaching during a global pandemic hasn’t been easy. They didn’t even meet their students in person until the end of April 2021.

Until then, their apartment in Chelsea, Massachusetts, served as their classrooms. Their symbiotic Zoom classes—conducted in back-to-back rooms—set the stage for teaching in 2020 and beyond. The unusual school environment came with its own challenges. But the joy from one of their classrooms often spilled into the other.

“I’m singing—a lot of noise, a lot of ruckus from my end,” Artis says. “You could hear every now and then. Definitely more so on my end.”

Moving to a new city during a pandemic induced a level of isolation that neither had known before. Thousands of miles from home, the two found family in each other, teaching each
other something new every day.

“Despite everything, I have someone here who is keeping me grounded as a human, as a person of faith, as a teacher. He was there in a very monumental way,” Vargas says.

Artis says of Vargas: “His interaction with people is so authentic and genuine—it’s something I try to emulate. It’s a skill that’s come so naturally to him. I wish I could emulate him.”

While their first chapter as teachers has closed, a fresh chapter is beginning. The two have moved to a different apartment, ushering in a sense of newness in a friendship that is anything but. 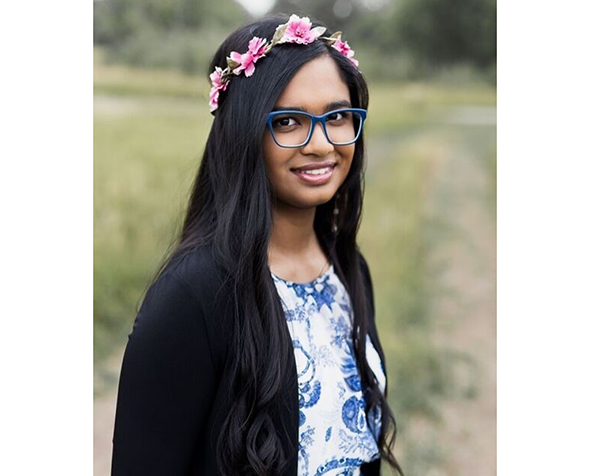 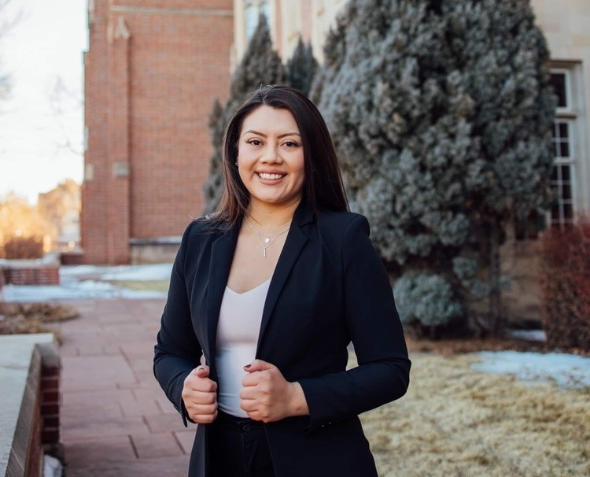 First-Generation Student Paves the Way for the Future 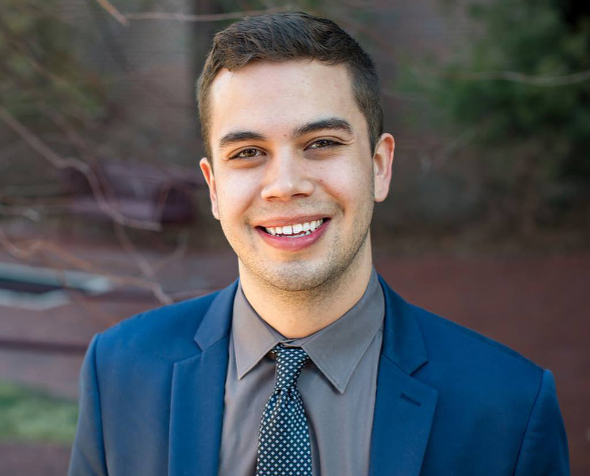