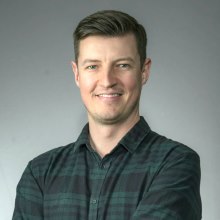 Michael Brent has designed and taught several DU philosophy courses at beginner and advanced levels covering a wide range of topics. His classes include first-year students to graduating seniors. Now with a grant from the DU Center for Community Engagement and Service Learning, Brent is designing a new course for a much younger audience.

Brent's course will take his DU students out of the classroom and into the community where they will engage in philosophical conversations with first- and third-graders at a local elementary school.

"Children possess an innate curiosity and sense of wonder about the world in which they live. This makes them natural philosophers," said Brent, assistant professor of philosophy. "Teaching philosophy to children is a powerful way to inspire them to think critically about themselves, their relations to others, the complexities of the world around them, and to encourage them to become active and engaged citizens."

Following a model created by Professor Thomas Wartenberg at Mount Holyoke College, the new course will use children's books to raise philosophical questions with the youngsters.

"There will be no mention of famous philosophers. Instead, DU students will design the lessons they lead—selecting a story, creating discussion questions, and guiding classroom activities. At the end of the quarter, they will write an essay about the philosophical concepts that they covered during their lessons," said Brent, who plans to introduce the course next fall.

Brent joined the DU Department of Philosophy in 2014. His research focuses on metaphysical issues that arise at the intersection of philosophy of action and philosophy of mind. In particular, the notion of effort has played a key role in his work.

"Effort, although a pervasive feature of everyday life, is largely absent from mainstream discussions in philosophy," said Brent. "One could get the impression that philosophers are reluctant to admit how difficult it can be, for example, to move their physical bodies throughout the space around them, let alone to achieve success in their chosen profession. I hope to draw attention to this crucial aspect of our lives, and the fundamental role that effort plays in everything we do." A paper arguing that effort is a necessary aspect of every bodily action was published in the Canadian Journal of Philosophy.

Brent has also begun working on the topic of mental action, an under explored area of research in philosophy of mind and action. He has teamed up with Professor Matt Soteriou of King's College London to co-host a conference on mental action in November through the University of London, Institute of Philosophy. Participants will explore new ways of understanding mental action and the relations between mental action and non-physicalist and non-reductionist approaches to the metaphysics of mind.

"The ultimate goal of the conference is the publication of a collection of essays that advances our understanding of consciousness by exploring the place of mental action in an account of the metaphysics of the conscious mind," Brent said. "In spite of a few attempts here and there, the topic of mental action has received very little attention by philosophers working in the relevant areas. We hope that our work will go some way towards correcting this."

Brent hopes the conference not only attracts international recognition and some of the most noteworthy philosophers in his field, but also a potential speaker who will come to DU for a public lecture and a visit to his classes through the Marsico Visiting Scholars Fund.