A treasure trove of titles offers reflection, humor and context

This article is from the fall 2021 issue of the University of Denver Magazine. Please visit the magazine website for additional content. 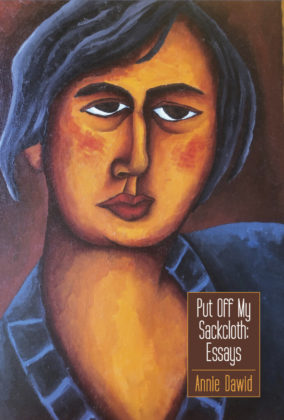 In “Put Off My Sackcloth and Ashes: Essays” (The Humble Essayist Press, 2021), English alumna Annie Dawid (PhD ’89) confronts her past and reflects on her long-standing quest for reasons to go on living. With an unsparing eye, she captures her experiences as a student in California and later Denver, as a depressive admitted to a psych ward, and as a seeker of self-knowledge from her current remove in Colorado’s Sangre de Cristo mountains.

Taken together, the essays constitute a memoir of sorts, though they are presented without regard to chronology. They mine everything from Dawid’s attempts at suicide to her challenges as the mother of a biracial son. In several pieces interspersed throughout the collection, Dawid chronicles her preoccupation with researching, writing and attempting to market a novel about Jonestown and the 1978 mass suicide/murder, via a poisoned concoction, of more than 900 people affiliated with Jim Jones’ People’s Temple. Time and time again—279 times, in fact— publishers rejected the title, telling this much-published writer that Jonestown was a “hard sell.”

Why this fascination with Jonestown? she’s often asked. “Why not Jonestown?” she responds. It was, after all, the horrifying and unfathomable event that gave Americans a metaphor still used to substitute for, as Dawid puts it, “swallowing the company line” or refusing, stubbornly, to think for oneself. It was also a manifestation of unrelenting ironies. Consider: “The doctor who masterminded the cyanide poisoning at Jonestown was Jewish,” she reminds us, concluding that “No one learns from history. No one.”

Dawid teaches a class on the personal essay in the creative writing program at University College. If this collection is any indication, she urges her students toward unflinching honesty—with themselves and with their readers.

In a Q&A, Annie Dawid talks about how the essay allows a writer more freedom than fiction does. 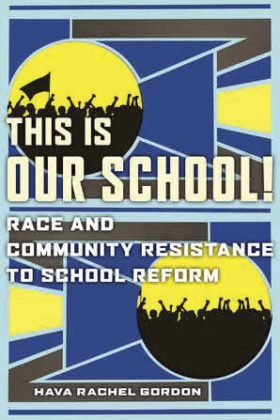 Over the past couple of decades, public schools have emerged as centers of controversy, where proponents and opponents of various school reform initiatives sharpen their pencils for battle. While advocates and dissenters may disagree, not always politely, about nearly everything, they share one concern: a sense that public schools often fail to deliver desirable outcomes for
all students.

In “This Is Our School!: Race and Community Resistance to School Reform” (New York University Press, 2021), Hava Rachel Gordon, an associate professor of sociology, takes readers behind the scenes of the reform movement, introducing them to the topics and trends “that have inspired community resistance and mass mobilizations in urban reform hot spots,” Denver among them. She examines the various community movement groups that vie for power in the landscape of educational justice. Within urban environments, these might include newly arrived white middle-class parents mobilizing for control over their neighborhood schools, low-income Black and Latino communities fighting school closures, and activists from a diverse array of nonprofit organizations.

Denverites will appreciate Gordon’s focus on the Mile High City, where, unlike some other high-profile hotbeds of reform energy, control of the school district has remained with an elected board rather than the mayor. Denver Public Schools, she reminds readers, was “the first district outside the South to undergo court-ordered desegregation through forced busing.”

Denver’s example, Gordon explains, offers insight into how and why some forms of community activism gain currency, while others founder. As she charts Denver’s historic role in school reform, she examines the roles of race, class and gentrification in determining agendas, both hidden and advertised.

For any citizen wondering about school reform’s next chapter, “This Is Our School!” provides invaluable context. 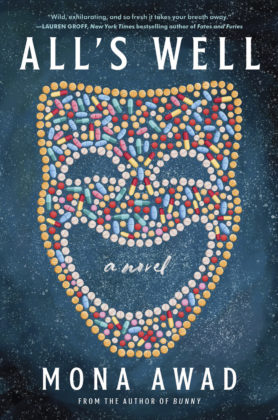 With “All’s Well” (Simon & Schuster, 2021), Awad delivers all that and more, introducing readers to Miranda Fitch, a former actress turned college theater director determined to stage a production of “All’s Well That Ends Well,” a comedy rich with problematic ethics. Her cast, meanwhile, is determined to offer audiences their twist on “Macbeth,” a tragedy offering its own set of ethical concerns. No wonder Awad’s publisher bills this as “her most potent, subversive novel yet.”

And that’s saying something. As The Paris Review noted in a 2019 conversation with Awad, she specializes in transformations and inversions, all while negotiating the fluid boundaries between reality and perception. Her protagonists tend to be outsiders, unreliable narrators who occupy the stage with bewilderment. “We’re all either inside or outside a moment and both produce a kind of blindness that then creates an experience of reality,” Awad told the literary magazine.

Critics love “All’s Well,” but not just for its Shakespearean complexities. In addition to savoring Shakespeare’s gift for intricate plotting and memorable characters, Awad explores the ways in which Miranda Fitch contends with chronic pain, too often dismissed by male doctors convinced female suffering is largely the product of an overactive imagination. Perhaps all is not well, after all.