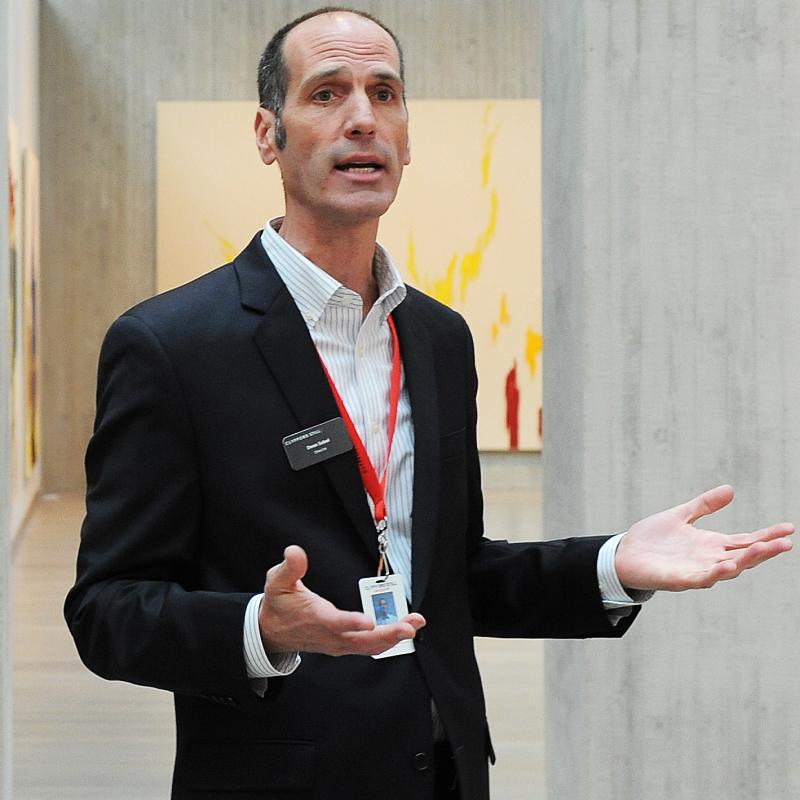 This article appears in the Summer 2020 issue of the University of Denver Magazine. To read more stories from the magazine, please click here.

When the news first surfaced in late spring that Dean Sobel was leaving his job as director — the very first director — of Denver’s renowned Clyfford Still Museum, the art cognoscenti did a double take.

Wait! Leave a dream job? A one-of-a-kind position allowing unparalleled access to the works of an enigmatic modern master? Why would anyone give up a gig like that?

“It was a hard decision,” Sobel says of departing the museum that he ushered from pie-in-the-sky aspiration to internationally celebrated attraction. The feat earned him oodles of admiration from the museum and art establishment, which, in large part, came to think of the museum as Sobel’s masterpiece. But when DU’s School of Art and Art History offered him a faculty position, he decided to invest his future in the museum world’s future — in the students who will lead it through the coming decades.

“I pursued this opportunity [at DU] to keep me in the art world — [and] to get me out of the 1950s,” he says, referring to the decade most closely associated with Still and the movement — abstract expressionism — to which he contributed.

This fall, Sobel — who has occasionally come to campus to conduct a popular course on “AbEx” — begins his new post as professor of the practice of art history and museum studies. He’ll focus his energy not just on teaching, but also on mentoring students pursuing and fulfilling internships. He’s most looking forward to helping tomorrow’s curators and museum professionals prepare for innovative careers in a rapidly changing cultural landscape.

Sobel knows a few things about seismic transformations, having experienced one or two during his 35-year museum career. When he first started in the museum world, Sobel says, there was little demand for on-site cafes, shops and special “chat with the curator” events. He has seen museums transformed by “the desire to have more than just what I would call the ‘pure art’ experience.”

Tomorrow’s patrons, he explains, will have their own expectations and will want the art experience interpreted for them through different prisms. With that in mind, Sobel wants to help the School of Art and Art History diversify its student population and prepare students to serve audiences from all walks of life.

“The need, the mandate that museums become more diverse in the audiences that they serve — one of the things I am really committed to is having museum studies candidates reflect that,” Sobel says. For starters, that means asking would-be curators to address some big questions: How can you describe this work of art so that it connects with people of color, with seniors, with kids? How can you help them take away “more than what they see in front of them”?

Gwen Chanzit, longtime head of the museum studies program and curator emerita of the Denver Art Museum, considers Sobel the perfect person to prepare students for careers demanding initiative and vision. After all, his own museum career was all about creating something from scratch.

“As director of the Clyfford Still Museum, Dean forged an important path for that wonderful institution,” she says. “When he first came to town [to serve at the Still Museum], he didn’t have a museum. He had to build that museum,

along with its mission and programming; he had to fundraise; he had to do everything.” 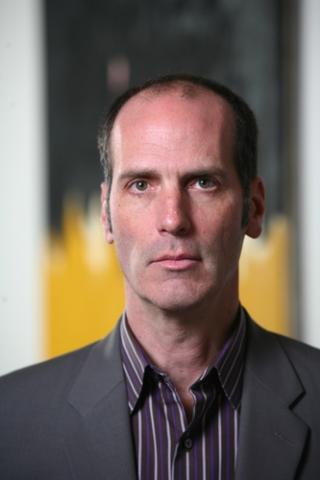 Throughout his career, Sobel, a native of Wisconsin, has maximized his opportunities to deploy his creativity. He parlayed a college internship into a full-time job at the Milwaukee Art Museum, where he rose to chief curator before departing for Colorado and the director/chief curator post at the Aspen Art Museum. There, he recalls, “People could come in their ski boots.” In his years at high altitude, Sobel helped propel the institution into a respected international hub for contemporary art.

“I was doing virtually all the exhibits, probably six or seven a year,” he says. “When the Still project came along, the prospect of specializing — and not looking for the next hot sensation — was really interesting to me.”

Under his direction, the Still Museum became the next hot sensation, both because of its marriage of art and architecture and because its exhibits and biographical collections introduced visitors to one of abstract expressionism’s most contrary personalities. In his will, Still left the bulk of his work and his archives to his wife, Patricia, stipulating that eventually the works should go to an American city that would agree to build and maintain a permanent facility exclusively for his creations. Patricia Still kept his works largely out of circulation but gave them to Denver in 2004, based on the city’s commitment to honoring the artist’s works and spirit.

Looking back, it seems as though the Still Museum was on a steady ascent to acclaim. But, Sobel says, “when I started, there was no guarantee that it would be successful. We were sort of creating something out of whole cloth.

“Part of the seduction when I took the job was that no one had seen this work,” he continues. For him, the job was made singular by “the thrill of unrolling those canvases and seeing them for the first time.”

Next up: the thrill of helping students discover the possibilities of a museum internship or the magic of a particular work, artist or movement. And perhaps a course reflecting his passion for land art, a phenomenon that sites works within an outdoor environment and that often draws on that environment for materials. And, of course, tapping into “the eagerness of students” to make a difference, learn more and experiment.

“There is something really, really enjoyable,” he says, “about turning people on to things they didn’t know much about.”