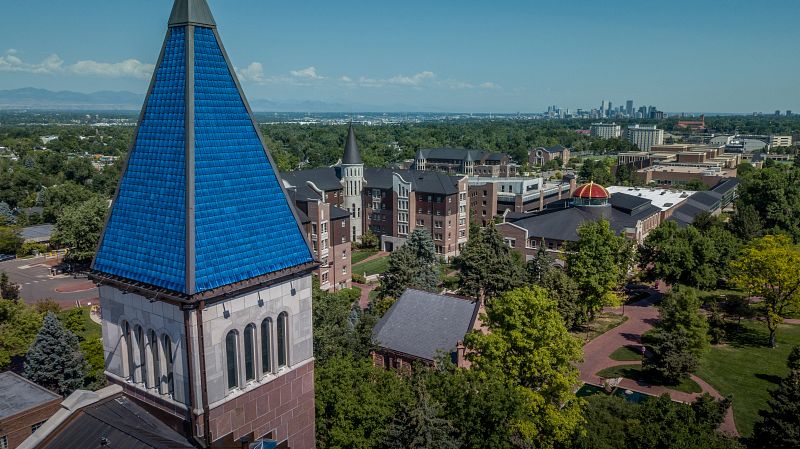 Congratulations to our award recipients!

Ed Dwight (MFA ’77), the first African American to be trained as an astronaut and the sculptor of major monuments, joined the United States Air Force in 1953, pursuing his dream of flying jet aircraft.

The Kennedy administration chose Captain Ed Dwight as the first African American astronaut trainee in 1962. Catapulted to instant fame, he was featured on the cover of Ebony, Jet, Sepia and in news magazines around the world.

In the mid 1970s, Dwight turned to art and studied at the University of Denver, learning to operate the university's metal casting foundry. He received a Master of Fine Arts in 1977 and gained a reputation as a sculptor. Ed Dwight Studios in Denver is now one of the largest privately owned production and marketing facilities in the western United States.

Peggy Speir (MA ’09, Art History with a concentration in Museum Studies) is the manager of access programs and resources in the education department of Amon Carter Museum of American Art in Fort Worth, Texas. Since her high school days, she has loved working with people with disabilities and she continued pursuing that path at the College of Arts, Humanities & Social Sciences.

Paul Keables (BA ’07, Mass Communications with emphasis in Film & Television and Digital Media Studies) is a television writer and producer who has produced and written shows such as "Boss", "Nashville," "The Strain," "Mars," and "Spinning Out" on well-known platforms including Netflix, National Geographic Channel, FX, Starz, and ABC. He has developed adaptations and original ideas for Hulu and Amazon Prime.

Joie Ha (BA '15, Anthropology) is the founder of CORE: Community Organization for Radical Empathy, and Vice Chair of Colorado Asian Pacific United. Her deep connection with the community and being part of her mother’s journey as a refugee pushed her to do community organizing work. She has been in this field for more than 13 years now. Founding her own DEI consultancy came naturally to her after years of advising on DEI issues and community engagement.