DU Alumna on the Philosophy of Witch Hunts, Past and Present 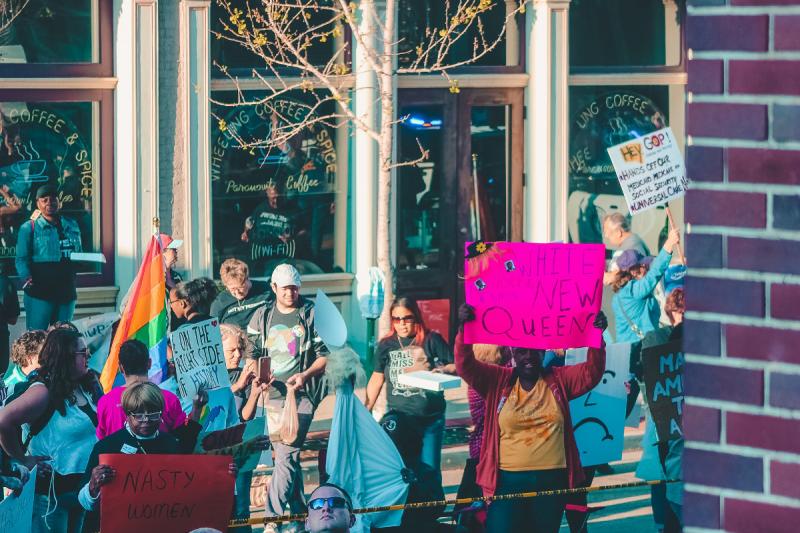 When feminist philosopher Silvia Federici began researching witch hunts in 17th-century Britain, she knew something wasn’t right. The historical texts claimed that witch hunts happened randomly, but Federici discovered that they actually coincided with the movement from feudalism to capitalism.

Women were among the first to revolt, and so witch hunts became a way of silencing them in favor of unbridled capitalism.

“I wrote about this idea of ‘gynopower,’ in which, much like body power and biopower, men control female bodies in order to control female narratives,” Thomas says.

She became fascinated with the link between witch hunts and gender oppression and built on Federici’s ideas for her master’s thesis. Thomas argued that “gynopower” could be applied to a broad spectrum of people who identify as women. And it’s just as prevalent today as it was in the 17th century.

“There’s a lot of talk of banning abortions and the control over women’s bodies and narratives once again because when women marched against the Trump presidency, they opposed this 'gynopower' by speaking up and revolting,” Thomas says.

Making these big-picture connections between her studies and current events has kept Thomas motivated to pursue an academic career. After dipping her toes in the corporate world, she knew she was destined for a different kind of life.

“At 23, you’re told to get a ‘real job,’ but there just wasn’t a place there for me. My heart’s always been in philosophy and academia, so I left the corporate world after two years and pursued my master’s degree,” Thomas says.

With a strong foundation in philosophy and German language and literature from her undergraduate studies, Thomas landed a work-study position in DU’s College of Arts, Humanities & Social Sciences and never looked back.

“You have to be very passionate,” she says about pursuing a graduate degree. “It's going to be hard and it's going to be late nights and early mornings, and if you really want it, it's going to be so worth it in the end. After I defended both of my master's, I just felt such a sense of accomplishment. I did it and all the sleepless nights were worth it.”

Out of her many professors at DU, Sarah Pessin and Thomas Nail stood out as having a profound impact on Thomas’s experience.

“Sarah Pessin is so passionate about philosophy and teaching and wants you to learn, and then Thomas Nail is the same way. He takes such a unique approach to studying in the field, and he made me want to work harder and understand concepts better,” Thomas says.

Now a philosophy teacher at a community college, Thomas models her teaching style after what she learned at DU. Her classes focus on building critical thinking and discussion skills and working across disciplines, such as history and economics, to help formulate strong arguments. She’s excited to return to having in-class, face-to-face philosophical conversations in the fall.

Thomas is keeping the door open to future opportunities, such as pursuing a PhD or an administrative role at a university. No matter what she does, she knows philosophy will play a big part because she’s passionate about the field.

“I loved my experience at DU. I thought it was really fulfilling, and I especially love the philosophy department,” Thomas says. “I think that if anybody needs a humanities credit, they should at least try philosophy classes to see how it changes their perspective, their thought process, the way they view the world around them.” 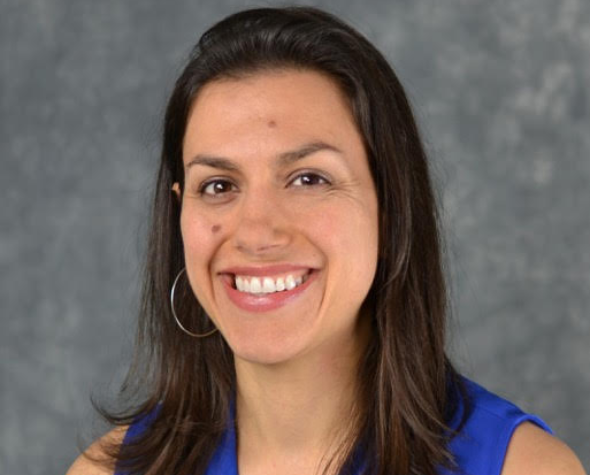 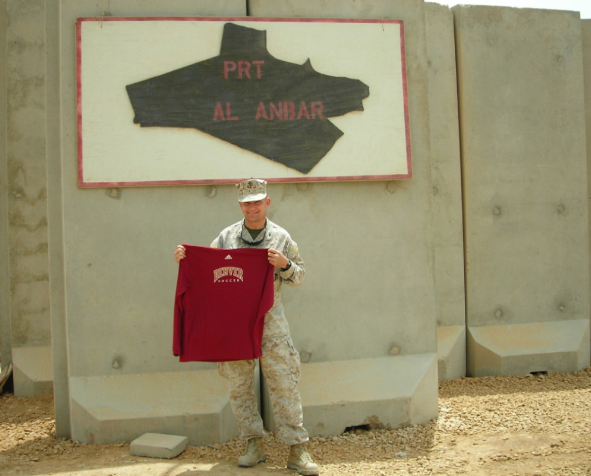