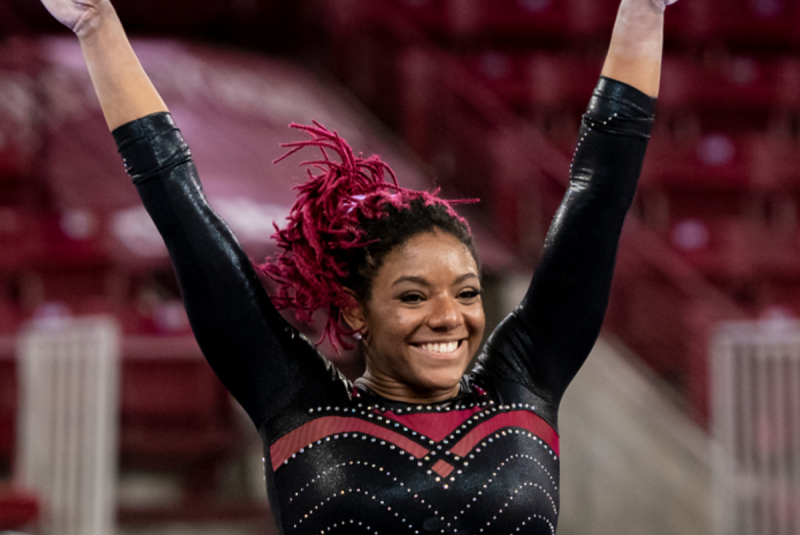 This article originally appeared in the summer issue of University of Denver Magazine.

University of Denver gymnast Lynnzee Brown knows a thing or two — or 10 — about perfect scores.

On March 20, the senior first-generation college student helped the Pioneers capture the Big 12 championship when she flipped her way to a perfect 10.0 on bars with the team’s final routine in the competition. Her all-around score of 39.725 made her the second Big 12 all-around champion in program history and helped her capture an impressive distinction as the Big 12 Conference Co-Gymnast of the Year. 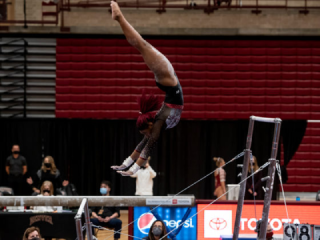 Subsequently, on April 16, at the NCAA National Gymnastics Championships, she delivered some of the best individual performances in Pioneers’ postseason program history, finishing in the top 10 overall in three of her routines. What’s more, she captured postseason All-American honors on those three events — bars, beam and floor. This was on top of her 2019 triumph as NCAA co-champion on floor exercise.

Brown’s recent achievements testify to more than her athletic abilities. They also reflect the media studies major’s remarkable resilience and determination. Not long after capturing her national championship, she lost her mother and tore her Achilles tendon, but as difficult as these calamities were, Brown remained determined to excel.

Look for another manifestation of that determination in spring 2022, when Brown returns to competition, thanks to an extra year of eligibility granted by the NCAA as part of its response to the coronavirus pandemic’s toll on collegiate athletics.

Beyond DU, she has set her sights on the ultimate competitive arena.

“My mother passed away two years ago, and it was always her dream for me to go to the Olympics,” Brown told the DU Newsroom in March. “She got to watch me in 2019 win my national championship. I think this would be for her, and it’s one of my main motivators right now, just to do all of the things she wanted me to do and be successful.”

Tokyo Olympics 2021: Preparing in a Pandemic 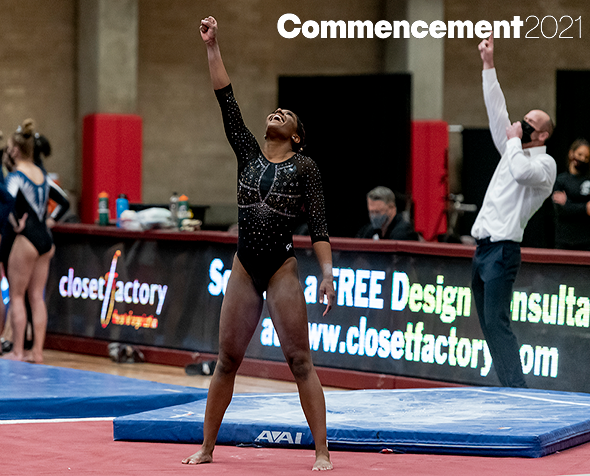 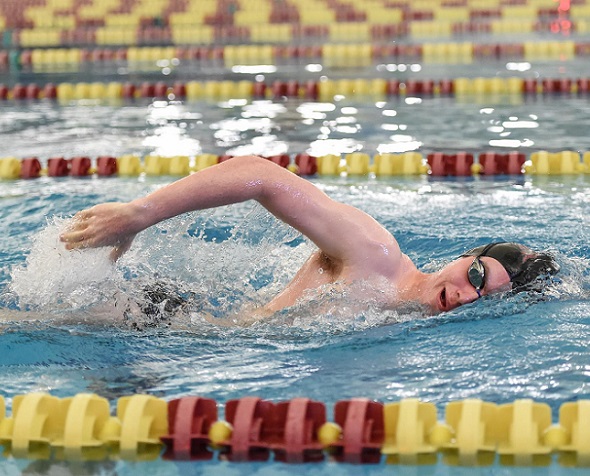