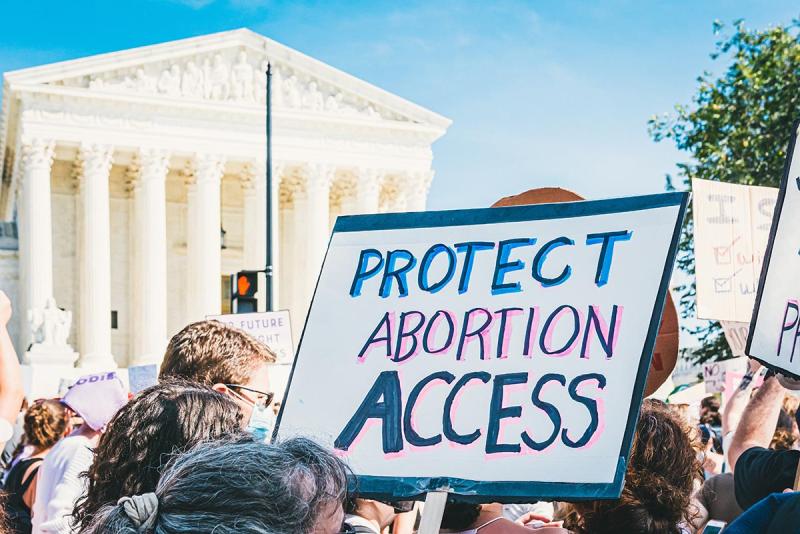 On Tuesday, the Supreme Court officially transmitted its ruling, overturning Roe v. Wade, to the lower courts, giving the states the official go-ahead to regulate or ban abortion. And states are moving quickly. From Texas to California, the message falls along party lines: Republicans vowing to ban abortion while Democrats are vying to enshrine access.

The CAHSS Newsroom sat down with Josh Wilson, professor in the Department of Political Science about the Supreme Court’s decision in Dobbs v. Jackson Women’s Health Organization. This conversation has been edited for length and clarity.

Why did the Supreme Court go this far, directly overruling Roe v. Wade?

Once the leak was out, there wasn't any incentive to do anything less. It's an incredibly conservative Supreme Court; hopefully, that is readily apparent now. If you take an intensely, very political Supreme Court, there really is no reason not to do this for that group given the place that abortion has come to occupy for conservatives.

What can Congress do?
In theory, Congress can secure national access to abortion. While Democrats control Congress and the executive branch, they don't control them in such numbers that they can meaningfully act. You'd need a Democratic supermajority to get past the Senate filibuster. So that's why you're seeing things like the House passing responses to Dobbs in relation to abortion, and the bigger calls made by Justice Thomas in his concurring opinion. Nothing, however, will likely happen in the Senate. It shows you the importance of elections and numbers in the legislature.

If the federal government were to codify abortion as a national right, could SCOTUS overturn it?

The Court majority has not made abortion unconstitutional. They've said there's no fundamental right to abortion. So what that does is it allows states to do whatever they want in relation to abortion. A state could ban abortion. A state could have full access to abortion. This is like contrasting a state like Colorado and a state like Texas. Similarly, the federal government can do whatever it wants to do in relation to abortion—making it legal nationally, illegal nationally, or they can wholly leave it up to the states to decide. Given all of this, the Court has not established grounds for striking down state or federal laws that protect abortion access.

Did anything stick out to you in the Dobbs opinion?

First, you have the majority opinion, written by Justice Alito, directly overturning Roe v. Wade, but that is not the end of the story with the conservative majority. Rather, it is in the middle of a larger fight among conservatives. At one end, you have Chief Justice Roberts—a conservative—saying his fellow conservatives have gone too far in outright overturning Roe v. Wade and Planned Parenthood v. Casey. Then you have Justice Thomas at the other end saying they haven't gone far enough yet. He's being more intellectually honest about the potential ramifications of Dobbs than Alito is. He's saying now that we've done away with abortion, let's do away with all these other rights that have been built off the same foundation. That's when we start getting into gay rights, access to contraception and even potentially interracial marriage.

What were those rights based off of?

Those were rights recognized in substantive due process cases. This is an area of constitutional law we really saw developing in the 20th century where the Court, during the rights revolution, is having a more expansive reading of rights—essentially saying, you don't need to have exact language in the Constitution to recognize a right. Substantive due process is about finding unenumerated rights that are seen as fundamentally important to living as a free and fulfilled human and citizen. This is where you get a lot of modern rights cases, including the right to abortion in Roe. There's no explicit language in the Constitution about most things, and substantive due process recognizes that by allowing for a more expansive understanding of protected rights.

The Dobbs majority opinion is saying there's no specific language in the Constitution about abortion, and then they have a selective reading of U.S. history and tradition, saying there's nothing there that supports abortion rights either, and thus there's nothing there on which to build a right to abortion. Then they say the Dobbs opinion is only about abortion, but Justice Thomas comes in and says all substantive due process is potentially problematic. That's why he's opening the door to say now let's revisit gay marriage, let's revisit anti-sodomy law cases. Like I said, you can start working your way backwards. Contraception, same sex rights, interracial marriage—they're all based off the same foundation of substantive due process.

Can you explain the importance of Planned Parenthood v. Casey?

What the conservative majority really went after in oral arguments in the Dobbs case was the viability standard. They said it didn't make any sense. That it was arbitrary. That would then open the question, at what point can you ban abortion?

In some ways, Casey was a precursor version of Dobbs—significantly opening space for states to restrictively regulate abortion, but it still preserved the right to abortion. The conservative majority could have decided to do the same in Dobbs, as the Chief Justice wanted, but they did not. Instead, they decided to overtly remove a previously recognized right.