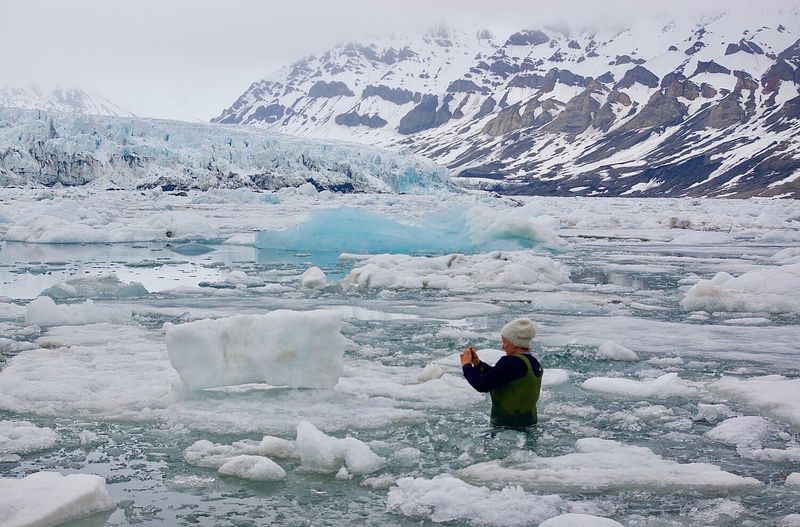 Mia Mulvey, associate professor of studio art at DU's School of Art & Art History, spent three weeks in June participating in The Arctic Circle Residency, an expeditionary program for international creatives across disciplines who navigate the landscape aboard a Barquentine tall ship. Now back in Denver on sabbatical, Mulvey says she’s still processing the magnitude of this experience.

“For the past two years, I have been working on a body of work dealing with climate and time. The ability of ice to capture, in large and small ways, the evidence of time became an extension of that work. When I heard about The Arctic Circle Residency, I knew I had to go.”

As part of the Summer Solstice expedition, Mulvey experienced constant sunlight for 24 hours a day. Keeping track of time was an immediate challenge, and exploring these new temporal dimensions a primary interest.

“The unique and varied role of glacial and sea ice within this landscape as a marker of climate change and ecological time was compelling to me from both a scientific and poetic perspective.”

“A bulk of my efforts were collecting forms through photography and 3D scanning,” Mulvey explains. “I also explored infrared photography, underwater video and sound recording, and made cyanotypes using ice and objects from the landscape.”

Back aboard the sailing vessel Antiqua, Mulvey worked alongside 30 artists and writers, as well as guides and a small crew. Together, this group explored the Svalbard Archipelago and Arctic Ocean, just 10 degrees latitude from the North Pole.

One especially memorable moment for Mulvey was visiting the Recherchebreen Glacier:

“I started the day wearing neoprene waders and immersing myself into the ice-filled lagoon. I went in as far as my waterproof gear would allow and worked on scanning pieces of ice.”

Among the glacial forms, Mulvey began moving and transforming the landscape with her own body.

“I found that I could fairly easily manipulate the ice, moving it out of the way or turning large pieces by pushing underneath with my body. Physically interacting with the ice and viewing it from a unique perspective was truly something — to feel that you are part of an extreme landscape and not just a distant observer.”

Time, too, proved transformative. When the group revisited the glacier that afternoon, it was like visiting a different place.

“It was extraordinary to see how the color of the ice changed towards a deeper blue with the light and how much the movement of ice and water changed the landscape.”

This movement was both beautiful and powerful. On another expedition, as the group approached the northern edge of frozen sea ice that tops the pole, the ice locked the ship in place.

“We ended up stuck in the ice for the next 17 hours. It was slightly concerning but it also forced a stillness, an opportunity to slow down and a reminder of how small we are.”

As Mulvey explains, “Ice is like a living, breathing entity in that it is constantly moving in often unpredictable ways. The history of the Arctic has certainly taught us that you can never be fully prepared. It’s an ever-changing environment and you have to be open to what it is.”

As such, Mulvey focused on remaining present in the moment and using experimental techniques to gather data from the variable and shifting landscape. Ultimately, the residency was a space of freedom: to expand initial ideas, discover new forms, make mistakes and explore new ways of working.

“This residency was about adventure, exploration and discovery. It was also about witnessing remoteness, silence and change. It is hard to put into words what an amazing experience this residency was and it will take me a while to fully unpack it.” 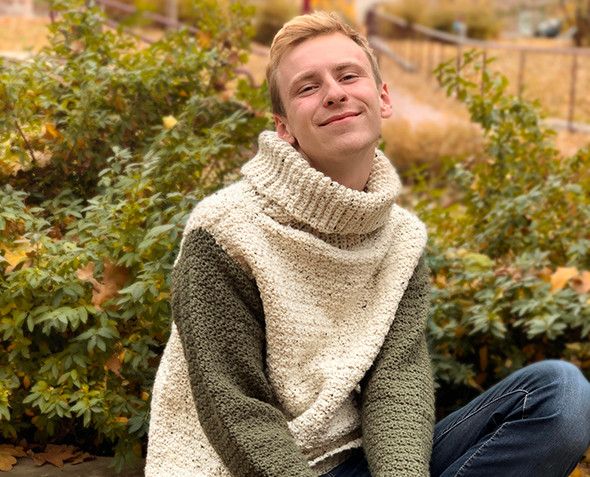 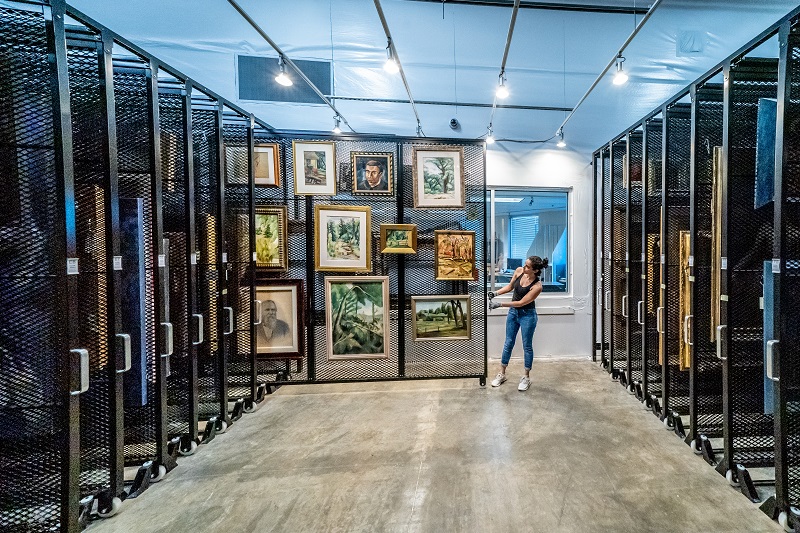 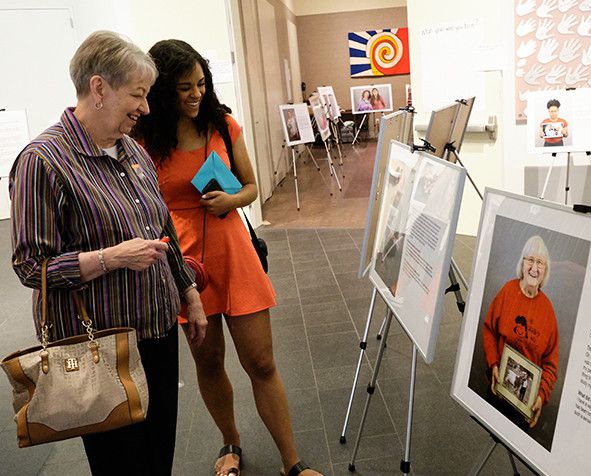