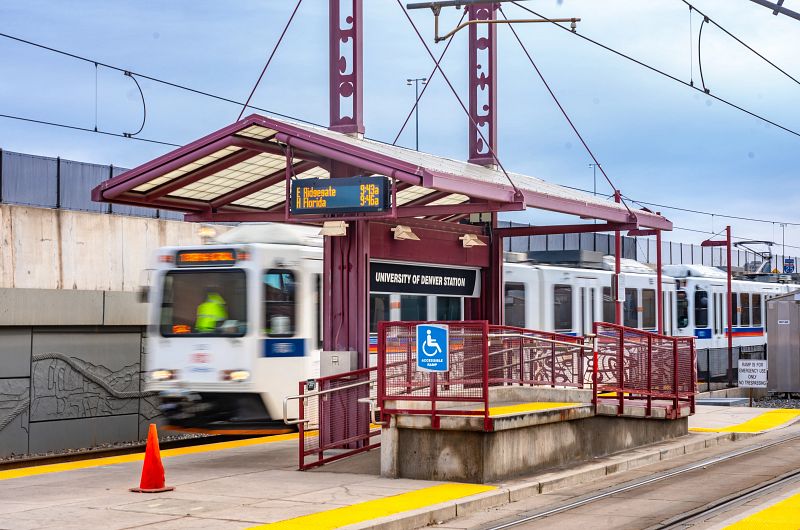 Since moving from California to Denver, Assistant Professor of Museum and Heritage Studies Esteban Gómez has thought more and more about segregation in public schools. He wants his 3-year-old son to have a culturally diverse educational experience similar to the one he had growing up, but with Denver gentrifying at the second-fastest rate in the nation, he’s not so sure that’s possible.

In his upcoming Livingston Lecture on October 7, “No Kids on the Block: School Choice and Gentrification in New Transit Neighborhoods,” Gómez will address gentrification and the effects of transit-oriented development on urban school systems. He’ll discuss whether Denver Public School enrollments have declined in newly gentrified neighborhoods and present his research as an anthropologist and ethnographer in the University of Denver’s Department of Anthropology. He'll be joined by Senior Associate Dean Andrea Stanton for an open question and answer session with the audience.

We caught up with Gómez ahead of his lecture to learn more about the effects of gentrification on Denver’s public school systems.

Why should Denver residents be concerned about gentrification?

It’s important to recognize that gentrification is a topic that’s deeply emotional and personal to many. When gentrification comes up in conversation, debates tend to fall into one of two camps. In one camp, people will argue that gentrification can be good for cities. For example, gentrification will generally introduce a higher tax base, revitalize previously disinvested neighborhoods, and attract newcomers to boost the economy.

The other camp will argue that it’s bad, noting the decades of neglect of poor communities and the disenfranchisement of marginalized communities. The primary critique of gentrification is the amount of displacement that takes place in low-income communities. This eventually leads to exclusionary displacement, where a neighborhood will become too expensive for long-term residents and others looking to move into a gentrified neighborhood. In addition, long-term residents aren’t able to benefit from new investments in housing, healthy food access, or transit infrastructure. Even for long-time residents who are able to stay, changes in the make-up and character of a neighborhood can lead to cultural displacement, including a reduced sense of belonging or feeling out of place in one’s own home.

Back to the original question, why should residents be concerned about this? I don’t think residents can ignore the adverse impacts of gentrification, ranging from individual health effects to the suburbanization of poverty. The recent wave of urban restructuring has negatively impacted low-income communities and communities of color.

How did you make the connection between gentrification, transit development and public schools?

I have to thank my wife for that connection. My wife is a third-grade teacher at Center for Talent and Development (CTD). In 2018, we moved to Sunnyside in northwest Denver, next to the 41st and Fox station. At the time, we loved the idea of living next to a rail station and saw the diverse demographic make-up of Sunnyside as a plus. What we didn’t anticipate were the rapid changes we’d see in Sunnyside. Homes on our street were getting gutted, flipped and sold for twice the amount they were purchased, and a new wave of residents settled into the neighborhood once the apartments built alongside the rail station were completed.

One day, my wife got curious and looked at a listing for one of the newly built condos. The middle school listed as the “nearby school” and the available Greatschools Ratings caught our attention. First, the nearby middle school they listed was a charter school, even though another middle school was much closer to the condo. Second, the listing did not provide a Greatschools Rating for the nearest elementary school, which happens to be located across the street from a subsidized housing complex. Instead, they offered ratings for schools farther away from the condo.

It got me thinking, where are the new residents for this neighborhood sending their children for school? Is the displacement of low-income residents leading to low enrollments in newly gentrified neighborhoods with transit?

How are the issues you’ve raised affecting the students in Denver’s schools?

Based on my experiences working with students at Abraham Lincoln High School and North High School, one of the main issues I’ve come across is longer distances and travel times for students who’ve been displaced from their neighborhoods but continue to attend the same schools. I’ve had students tell me stories of traveling more than two hours on busses just to get to school.

Why do students choose to continue their schooling at these schools? For the students who participated in the workshops, the sense of attachment to their peers and their communities at these two schools far outweighed the negative consequences of longer commute times, such as less time spent sleeping, exercising, and time with their respective families.

How might Denver policymakers go about mitigating the negative effects of gentrification?

Public, private and non-profit sector leaders in the city of Denver have the opportunity to implement strategies that give long-term residents, and newcomers, a chance to benefit from increased investment in their neighborhoods, and even participate in civic dialogue on how those changes in their communities will benefit everyone, and not just the few. Protection of residents, production of affordable housing, and preservation of existing affordable housing stock are all key ingredients that will help prevent displacement.

As a digital anthropologist, visual ethnographer, filmmaker and curator, you have several projects on the horizon. How can we learn more about your work?

I co-host for the podcast Sapiens: A Podcast for Everything Human, so that’s always a good place to learn more about my research. I talk at a greater length about my upcoming project This Is My Denver, for example, in the episode "Closer to Home.”

I'm curating two projects: More Than a Headstone with Professors Carol Helstosky and Elizabeth Escobedo and the virtual exhibition Zoomed In: Stories from Six Feet Apart, which is an archive of oral histories on the impacts of COVID-19 on our student population at the University of Denver. This virtual exhibition should be completed in the spring of 2022.

I'm also in the process of producing two films. “Snapshots of Confinement” is based on research undertaken by one of our former master's students in the Department of Anthropology. In the film, we take a close look at photo albums kept by Japanese Americans in WWII concentration camps and how they play a key role in keeping this history alive today, while also forging new understandings of resistance and agency during a time of intense discrimination and dehumanization. To learn more about this work you can watch the short video “Precedent” or read "Trump and the Echo of Amache."

The second film is a short documentary that looks at how an individual released from the ICE detention facility in Aurora, Colorado, has forged ahead in creating a meaningful life for himself, given all the obstacles he’s had to navigate. The short film is tentatively entitled “Todo y Siempre con Ganas.”

Register now for the Livingston Lecture with Esteban Gómez. 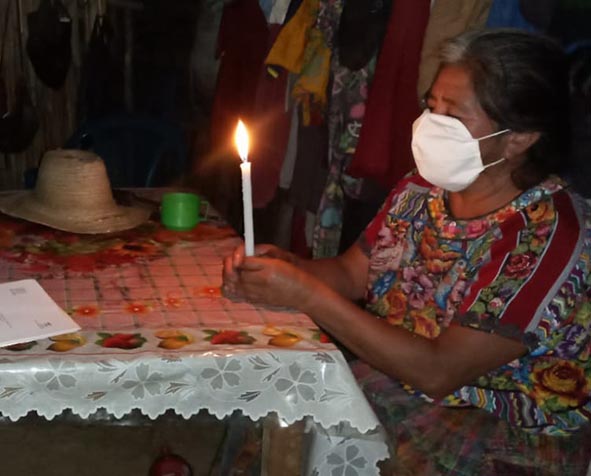 Q&A: The COVID-19 Crisis in Guatemala 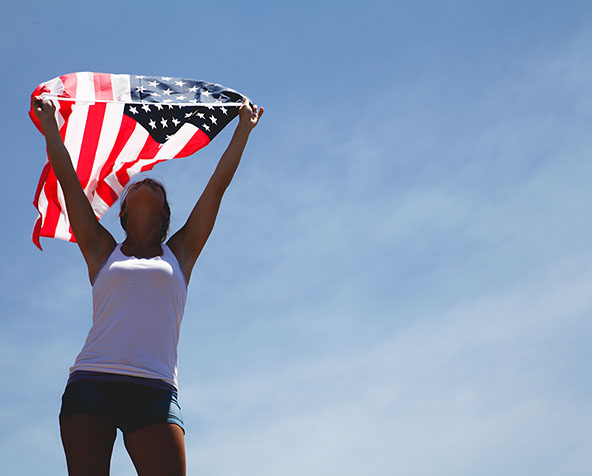 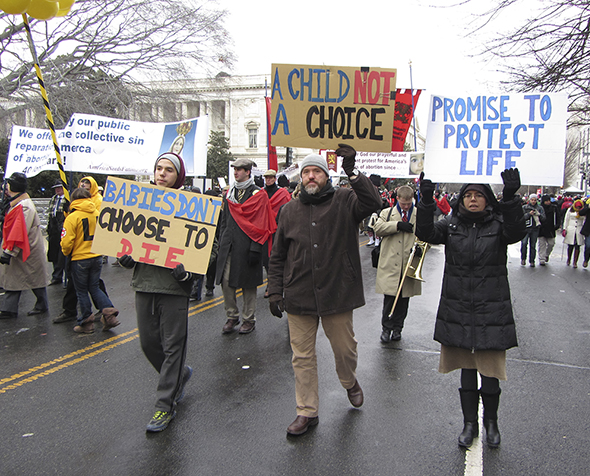